Why am I living where the air hurts my face?

The folks in central and north-eastern North America can, and often do, disagree on a lot of things: religion, politics, guns – it’s a long list. But one thing we can all agree on is this has been the winter from hell, although hell may not be the most appropriate term unless Hell itself has frozen over, which is a distinct possibility this year. 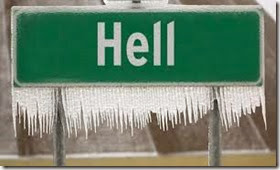 Tomorrow is officially the first day of spring. By now we should be seeing some warm, sunny days and patches of muddy earth emerging from under the blanket of snow. Possibly even the small spikes of a daffodil or two poking up through the still-frozen ground. The maple syrup businesses would be in full swing as we celebrate the coming of spring with a trip to the maple bush, a taste of maple candy, and a gallon (or two) of fresh syrup to take home. The last few maintenance items on the bike will have been done, possibly a pre-season wash if we’ve had a really nice day, our riding gear is all cleaned and ready to go, and we’d be waiting for the last of the ice and snow to clear the roads so we can get that first ride in. 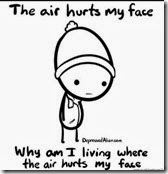 Four months of unrelenting cold has left us with a couple of feet of snow still on the ground (and more to come tomorrow according to the weather guessers), side roads coated with 6 inches of ice, and a frost so deep it will take until June for the earth to thaw.

I may be planting my tomatoes in July. That is, if I manage to survive the cabin fever until we see a real spring emerge.
I’ve had enough.

Drastic measures may be called for. 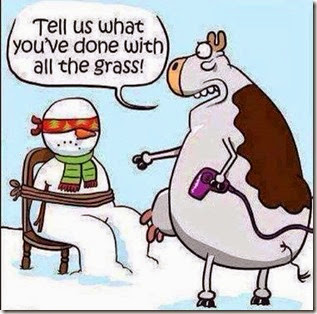