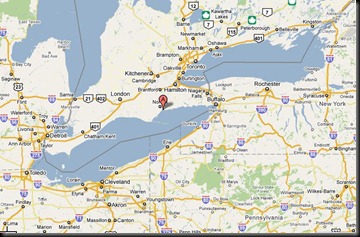 Located on the north shore of Lake Erie, Port Dover Ontario is a sleepy village of about 6,000 permanent residents, except for Friday the 13th. On every Friday the 13th since 1981 bikers from across Canada and the US converge on Port Dover for a 1-day rally. This past Friday was the 50th consecutive rally and one of the most  successful with some estimates putting the attendance in the vicinity of 175,000 visitors and close to 100,000 bikes.
Intending to beat the crush we left Waterloo at 7 AM for the 2 hour ride there. It was a beautiful morning with temperatures in the low 20's (Celsius) and the morning fog still burning off the fields gave the ride a bit of an ethereal feel to it. After the requisite stop at Tim Horton's for a coffee, we rode into Port Dover at about 9:00, just 2 more bikes in a steady stream of motorcycles pouring into town.
Rather than spend the next hour riding around looking for a parking spot in the heart of downtown, we opted to support a local charity and pay for parking about a 15-minute walk from the centre of the action. But even at that early hour, on-street parking was filling up fast and so we had lots of bikes to look at on our walk into town.
I'll get to the pictures in a minute, but before I do I'd just like to say how refreshing it is to experience an event like this in a community that supports the rally and goes out of its way to welcome the visitors drawn to the event, either as riders, or as spectators. Sure there's a ton of money to be made so it may not be that altruistic of them, but even so it's nice to feel welcome. And in turn the vast majority of bikers return the favour, being respectful of the town, its citizens, and the authorities attempting to keep everyone safe in town and on the roads.
All in all, a great day. 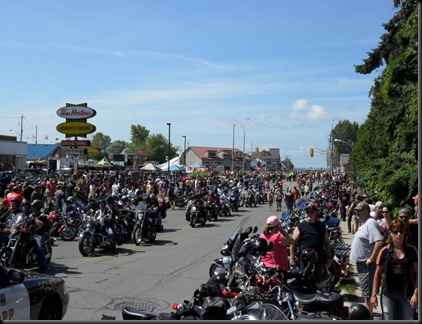 A steady stream of bikes rolling into town. 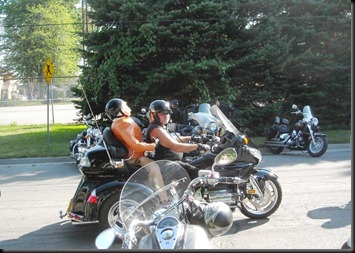 Some had real women on pillion, but this guy apparently made his own. 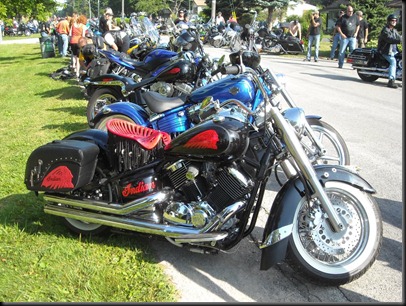 Not sure how far he rode on the tractor saddle. 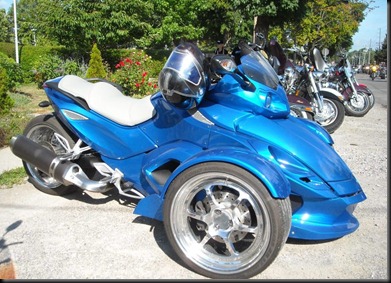 Surprisingly few of these. But lots of everything else. 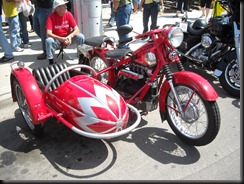 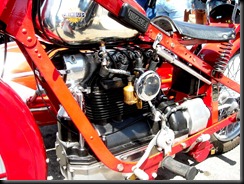 One of the coolest bikes was this 1936 (I think) Nimbus. The owner would start it up periodically so you could watch the exposed valves and valve springs clattering away. Very neat. 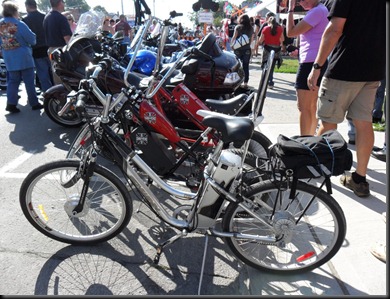 And for the budget crowd there were even chopped electric bicycles. 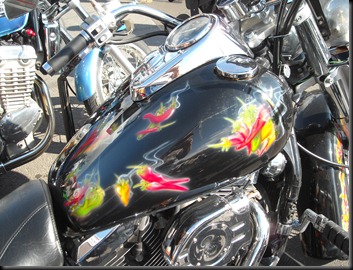 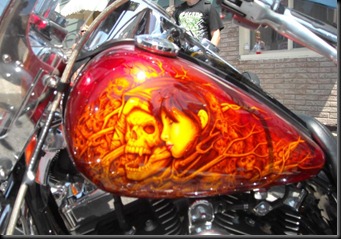 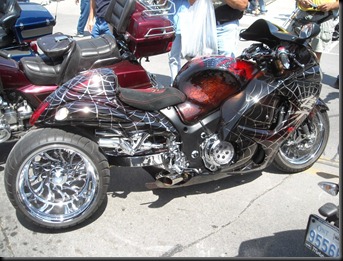 Some incredible paint work on display. While not my personal style, the Spider Man crotch rocket was an amazing piece of custom work. 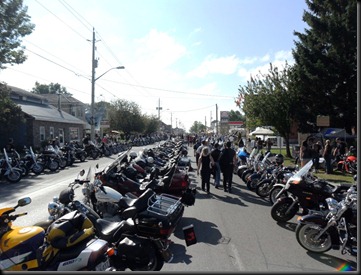 Every street heading into downtown looked like this – for a mile or more in some cases. 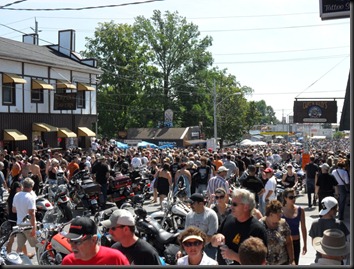 Lots of people walking, gawking, and buying stuff… lots of stuff. Apparently they ran out of souvenir t-shirts by 2:30. Fortunately I had mine by then. :) 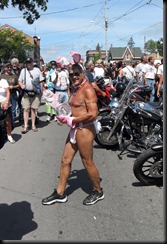 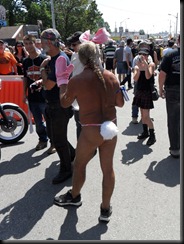 And no Friday the 13th would be complete without “Thong Man”. No idea who he is, but he’s at every event in some sort of thong-based costume. This time it was as the Energizer Bunny, complete with pink bunny ears, a tail, and a little drum. Last November it was Santa. Simply more proof that it takes all kinds.