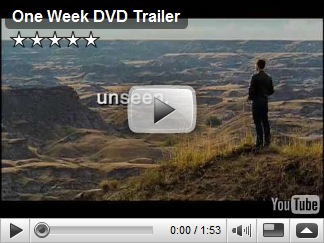 Author, teacher, and engaged to be married, Ben Tyler had a great future all planned out. But when he is told that he has an extremely aggressive type of cancer and a less than 10% chance of surviving for more than two years, Ben re-evaluates his life.
On impulse he buys an early-70s Norton Commando and drops out of his conservative, predictable, and frankly boring life in search of “an adventure”. Heading west on two wheels from Toronto, Ben eventually ends up in Tofino on Vancouver Island with a bucket full of experiences and a better understanding of what’s really important in life.
Joshua Jackson as Ben, with a supporting cast consisting of a Norton Commando and the beauty of Canada’s wide open spaces, make for a very enjoyable movie. Suitable for all ages, this is a film you’d be quite comfortable watching with your Granny – and she would probably enjoy it too. Highly recommended.
7 comments:

What every motorcyclist needs

I’ve long been a firm believer in the adage that procrastination is something best left until tomorrow. Or it could have had something to do with the fact that it’s –20C outside with a –40C wind chill (same as –40F). And while that’s the temperature at which Canadians typically put on a sweater before going outdoors, trying to slide a 700 pound motorcycle around on roads covered with ice and snow isn’t anything I’m about to voluntarily do. All of which is to say I decided it was time to winterize my bike today. 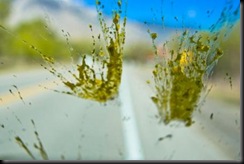 The first job was to get the last ride’s crud off the windshield – you know – the bright yellow splotches of some sort of moth, the red splashes of now defunct blood-filled mosquitoes, and those great gobs of the stickiest substance in nature that respond to any cleaning attempt by simply smearing in every direction. And then, of course, it all had a couple of months to ensure a full and complete curing and hardening, so after a few swipes with a wet rag I was seriously considering that a new windshield might be the simplest solution.
But before placing the order I tried the spousal unit’s home-made window cleaner in a last-ditch attempt at a clean windscreen. Eureka! Cleaned it like nothing I’d ever used before. Spray it on, let it soak for a few seconds, and wipe off with a paper towel. Had to do a couple of spots twice, but the bugs were gone, the sticky stuff was gone, and no windscreen-scratching hard rubbing was required.
So as a public service, here’s the recipe:
Put in a spray bottle and shake well before using. Simple.
It also works well on your house windows, but real bikers don’t do windows so that last bit of information is not based on personal experience.
7 comments: 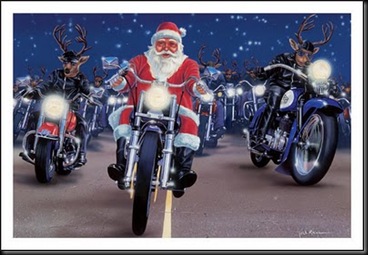 Wherever you are, and however you celebrate, may your Christmas be full of friendship and good tidings. And if you’re lucky enough to be able to get out on two wheels, well then you have an extra special day ahead.
And while certainly not traditional, here are a couple of my favourite Christmas tunes to enjoy – Christmas Eve in Sarajevo by The Trans-Siberian Orchestra (apparently a preferred choice of house decorators), and Fairy Tale of New York by The Pogues. 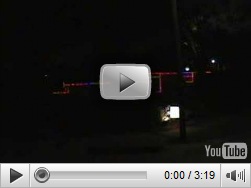 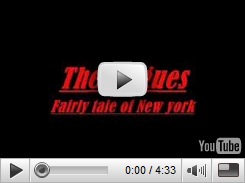 Merry Christmas to all and best wishes for the holiday season!
6 comments: 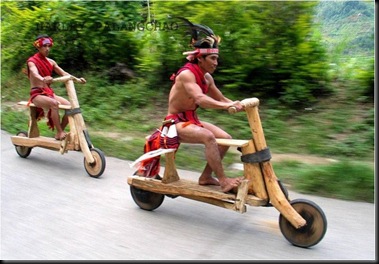 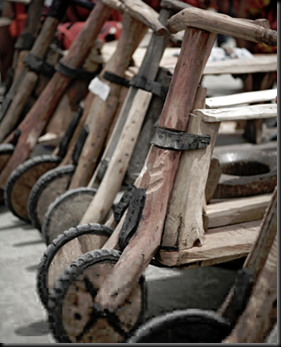 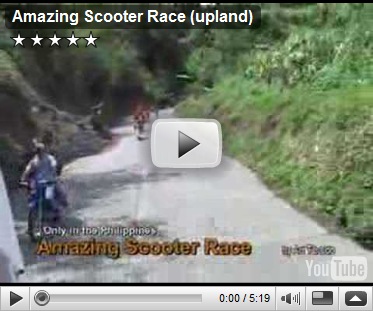 I had the luxury of spending last week golfing and ‘gator-dodging in and around Orlando. It was a too-good-to-be-true deal that I just could not pass up – especially as the snow was already starting to fly in these parts.
Over the course of 7 days we drove nearly 700 miles to and from various golf courses and just around the area itself, and during that entire time I don’t think I saw more than a couple of dozen motorcyclists on the road. I couldn’t believe it. Here we were in 75-80 degree temperatures, dry conditions, and I saw fewer bikes in an entire week than I would see here in Ottawa on a nice day in October when the temperatures might creep up to 55 or 60 degrees. Now it did seem that every second corner – the one that didn’t have a Starbuck’s on it – had a Harley dealership or clothing outlet, so money is clearly being spent on the industry, but where were the riders?
And this isn’t the only time I’ve remarked on this in the US. I used to spend quite a bit of time in Phoenix and there too I noticed a dearth of bikes on the highways. Now in Arizona there’s at least an excuse, sort of, as 100-plus degrees in ATGATT makes an air-conditioned cage seem pretty attractive. But for those of us who measure our riding season in weeks this all seems like such a wasted opportunity to get out and enjoy two wheels.
Can anyone explain it?
13 comments: