Does this ever happen to you?

I had a free afternoon the other day. A friend had dropped off an ATV for me to work on, but there was no urgency and it could wait a day or two. The missus was out golfing with the ladies, so the honey-do job jar had the lid on – at least temporarily. And none of my own projects were time critical.

The tank on the Harley was down to fumes so I thought I’d take advantage and run into town to fill it up and perhaps stop at Timmy’s for a coffee or an iced capp. There are usually a few bikes in the parking lot so I might also have some company and friendly conversation at the same time.

So that’s what I did – gassed up, got a coffee, chatted in the parking lot. But then, because it was such a beautiful day, I decided to take the long way home. Which became the longer way… and then the longest way.

By the time I pulled into the garage 3 hours and 225 kilometers later the Harley tank was back down to fumes.

And I can’t decide whether it was mission accomplished or not. 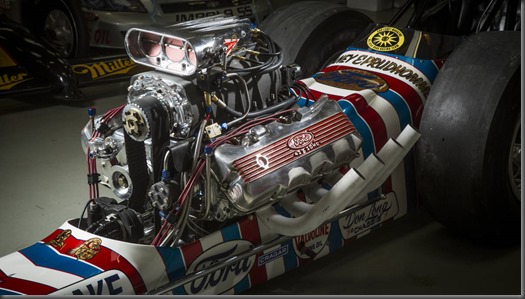 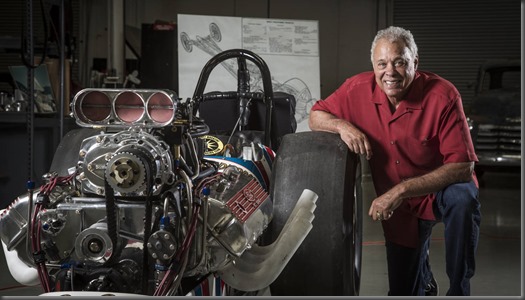 Now THAT is a thing of beauty.
9 comments:

“For the want of a nail”

I thought of Benjamin Franklin’s thoughts on weak links as I was reassembling the S65 engine today. Ol’ Benjie put it much more eloquently than I ever could when he said:

When I reassembled the cases I took another closer look at the timing chain sprocket. It was worn but on an earlier inspection I thought I could get by with it, but now, considering how much time and $$ has already gone into this old engine, do I take a chance on the timing chain slipping a tooth or two with some potentially disastrous consequences? Or do I bite the bullet and replace the sprocket and chain while everything is mostly still apart? It might run fine for a few thousand more miles the way it is but it will always be a weak link – and worst of all, a weak link I’d be constantly aware of.

And there’s another factor to consider. Once the cases were bolted together I discovered that the crankshaft end play was way over the limit (20 thou vs. 4 thou), so pulling the cases apart again would let me shim that up as well and reduce the side-to-side sloppiness in the crank which, for an engine that runs 8,000 – 10,000 rpm, can be a problem.

So I did bite the bullet and ordered a new sprocket and chain which have now arrived. The next task will be to get the old sprocket off the crank (it’s a press fit) and the new one installed without destroying anything important.

And for shim stock? I have this old Harley Davidson beer can that should do the job just perfectly. I’ll have to make sure that enough of the HD branding stays visible to get a WTF????? out of the next owner when he realizes a 50 year old Honda has some Harley in it.
6 comments:

It’s all about security dontcha know?

We recently had an opportunity to attend Toruk, a Cirque du Soleil show, at the Canadian Tire Centre, our local NHL arena, home of the Ottawa Senators.

What promised to be a fun night got off to a bad start when I was intercepted by security and told that the keychain penknife I had on my keychain (of course) was prohibited and would be confiscated unless I took it back to the car. We’re not talking about a switchblade or a straight razor; it’s a small penknife with a 1” blade, a nail file, scissors, and a toothpick. After voicing my displeasure somewhat strenuously (for which I later apologized as she was only following the rules) I trudged back out to the car to deposit said weapon of mass destruction. And it’s not the value – Lee Valley Tools sells them as “losable knives”, which perhaps should be renamed as “confiscatable knives”, or “TSA specials” at $3 apiece – but I’d had this particular knife for quite a while and, before 9/11, it had travelled the world with me.

What damage they thought I could do in an arena of 10,000 people with a 1” blade escapes me – it’s not like I could demand the building be flown to Cuba, or Trump campaign headquarters. Perhaps they thought I was a latter day MacGyver, able to control an arena full of hardcore Cirque fans with nothing more than a belt buckle, shoelace, and a 6 inch stiletto heel taken from the lady preceding me through the security screen. Or maybe not.

No, this is all about the “appearance” of security, and that’s what drives me crazy. We are being increasingly subjected to arbitrary intrusions and humiliations (other than the screeners, who enjoys a full body scan?) that result from political kneejerk reactions to overstated threats. And every bit of attention focused on this sort of nonsense is another bit of attention that isn’t being focused on identifying real security threats like the guy who, one day, is going to go postal on being told a glass of crap beer at the CTC is $12 – take it or leave it.

But it all turned out okay in the end. The show was an amazing display of physicality, staging, and lighting, and we enjoyed it immensely. We had an opportunity to reconnect with some old friends. And my penknife was waiting for me in the car when we left. (Sorry security people – this is one penknife you’re not getting – yet.) It’s all good.
5 comments: