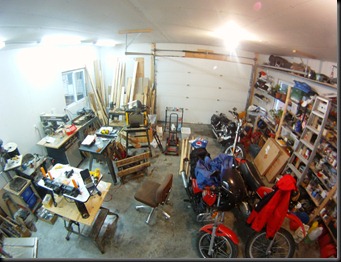 Wish me Godspeed folks, for it’s once more into the breech.
12 comments: 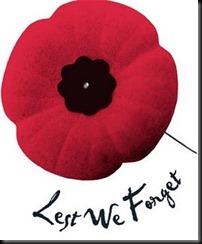 Why we have an obesity problem – an apology. 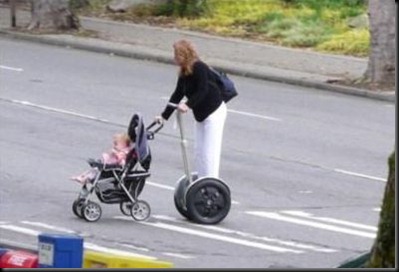 I recently had this image sent to me as one of those so-called motivational posters. It seemed such a perfect metaphor for a lot of what ails us today that I just had to share it.
Well I was wrong. No sooner had I posted the item than Kev made this comment on my blog:


Actually, while it is easy to make fun of her, the person in that photo is Melissa Hofstetter. The reason she is using the Segway is that in 1995 she was diagnosed with cancer and had to have her left leg amputated above the knee. While she is able to get around fairly well with her prosthetic leg, long distances, and hilly terrain are very difficult for her and often leave blisters and sores. This picture is of her while she was making a trip to Seattle to help take care of her grandniece.

In August, Gizmodo published an apology for previously publishing the image on their webpage with a snarky comment, and an explanation of who she is. It also has a much more detailed description of just who she is and just what she has gone through. Needless to say, she is not the reason we have an obesity problem.

Thank you Kev. I stand corrected, appropriately chastised, and apologetic. And to all others who periodically read my ramblings, if this image shows up in your inbox one day, you’ll know the background, be wise enough to not pass it on, and be able to go back to the sender with Melissa Hofstetter’s story.
4 comments: 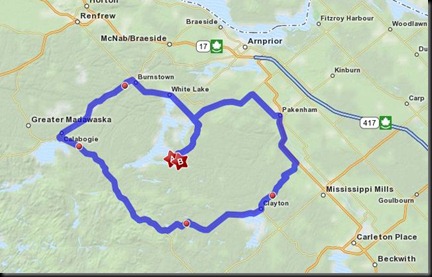 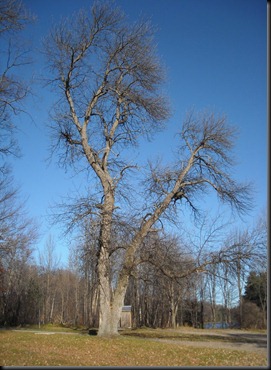 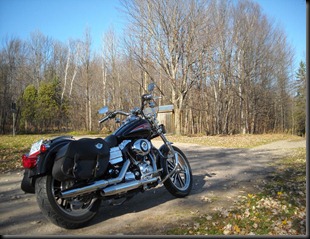 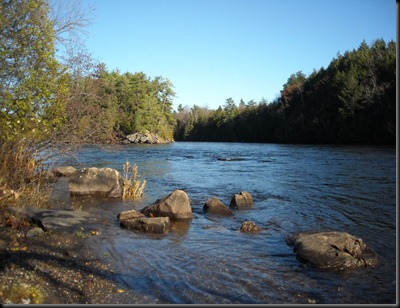 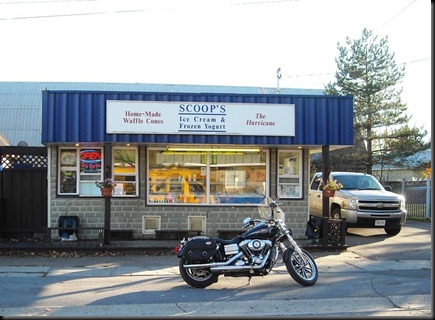 P.S. The weatherman is calling for double-digit temperatures for next week – very un-November-like. Another last ride perhaps? We live in hope. But I know for sure Scoop’s is now closed for the season, so it just won’t be the same, whatever happens.
7 comments: