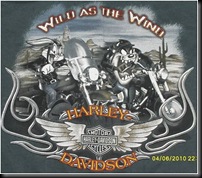 Sometimes you just want to give ‘em a slap upside the head.

I was in the city today (on 4 wheels as I had some errands to run and appointments), and on the way home came upon this situation.
It was mid afternoon. Traffic was pretty heavy across all 4 lanes, driving at or slightly above the limit. I was in the fast lane doing about 120kph (a bit over 70mph) when I quickly came up behind a guy on a motorcycle ahead of me. It wasn’t a surprise because I could see his day-glo reflective orange vest from about a mile back. And when I got closer the reflective strips on his fender and helmet also became visible, as did his running lights. Clearly he wanted to be noticed, and he was.
But here’s the thing. He was doing about 90kph (55’ish) – 10kph under the speed limit. In the fast lane. He was the slowest guy on the road. Not only that, he was in the worst possible lane position, hugging the left side of the fast lane, just begging someone with less patience than I have (yes, there are some out there) to pass him on the right in his own lane.
I sat behind him for a bit, flashing my lights in the hope he might get the message, but that was of no use. So after a while I moved over and passed him on the right, just like every other car on the highway was doing. The last I saw of him in my rear view mirror he was still stubbornly maintaining that ridiculously unsafe lane position.
I’ll read about it in the paper tomorrow if he didn’t make it home, but I was half hoping he would exit the highway while still in my sight so I could follow him and read him the riot act when he pulled into his driveway. Not only is he putting himself in a lot of danger, but his road behaviour reflects poorly on all of us. And if he were to get hurt or worse? We’d all pay the price in some way.
Yup. A slap upside the head was definitely called for.
10 comments: 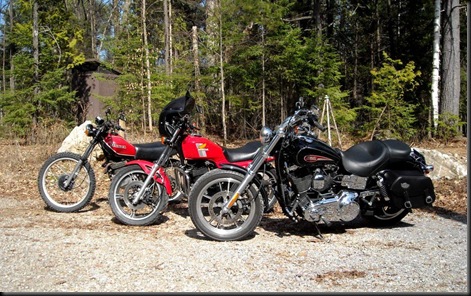 It’s been almost a month now since I was at Bike Week in Daytona – plenty of time to let my observations ferment a bit so that I can make a few well-considered comments on the experience. Aw hell, who am I kidding? I could have written this the day I got back but I’ve been procrastinating.
I’m not an experienced rally goer, and I’m not interested in the party-party-party culture (too old, too smart), so what I take away from a rally may be quite different than what others would look for. Regardless, here are some of my thoughts.
Driving into the city the first thing I noticed were the signs - “We’re glad you’re back” and “Please ride quietly”. Kind of like saying “Welcome to my home. Please don’t piss on the carpet.” Certainly not unreasonable IMO. Of course the signs meant nothing to those yahoos who made up for their anatomical shortcomings by rattling windows with their straight pipes and throttle blipping at every intersection. Absolutely unnecessary and the surest way to get those “We’re glad you’re back” signs changed to “Go away” as has happened in Myrtle Beach and elsewhere.
While Sturgis is predominantly a Harley/tourer scene, Daytona was much more varied in terms of bikes.

Walking down Main Street you would see everything from full dressers to sports bikes with that weird extended back end that seems all the rage with poseurs and drag-racer wannabe’s. So there was a pretty good mix and something to look at for just about every interest.
Of course Main Street is also bar central, so in the evening it was packed with riders, watchers, drinkers, and the usual “characters” these events tend to attract. Even though it was quite a cold night when we were there (upper 50’s) that didn’t keep the bars from having the requisite underwear-clad hostesses out on the sidewalk trying to entice more customers into their already overcrowded premises. (Please forgive a chauvinist aside here, but exactly when did pot-bellies on otherwise slim and attractive 20-somethings become sexy?) And it was loud! 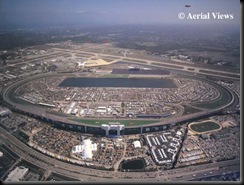 One of the major venues was at the Daytona International Speedway where most of the vendors were set up, along with demo rides by the manufacturers. I don’t know how many vendors were there, but we spent the better part of a day at the Speedway and never did get to the metric side of the exhibit area. Bottom line: if it wasn’t there, you didn’t need it. But most impressive for me was to go into the infield of the Speedway itself. Having only ever seen it on television I had no idea it was so huge. Being in the middle of a 2 1/2 mile oval, looking up (and I mean UP) the 31 degree banked track and across at the grandstands (which hold 170,000 but seem a fraction of that size in the overall scale of the place) make one feel quite insignificant.
And then, of course, no visit to Daytona would be complete without a stop at Bruce Rossmeyer’s Harley-Davidson. Billed as the world’s largest H-D dealership, Rossmeyer’s is overload central when it comes to all things Harley. And if you can’t find it at Rossmeyer’s, J&P Cycle is just next door. Getting out of that complex with credit card intact (i.e. not worn out) required a superhuman strength of will. I’ll be posting a few pics from both places in another entry in a few days.
So it was a whirl-wind day and a half we spent there, and I expect we experienced but a small portion of what was going on. But it was enough to convince me that I’d like to go again and spend a little more time on the ground. And hopefully, when I do, the weather will be more typical of a March in Daytona than this year’s freezing conditions.
10 comments:

A warm, sunny day, my favourite ice cream stand is open for the season, and they just brought out a fresh batch of Pralines ‘N Cream ice cream. 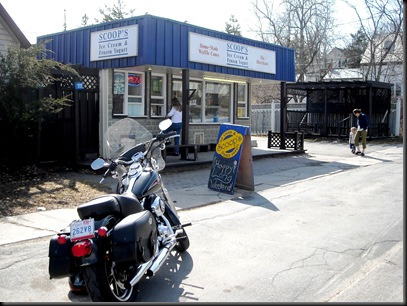 What could be better?
4 comments: