I’ll read anything that looks interesting. Thrillers. History. Politics. Science. Doesn’t matter. And so if there’s one thing that’s certain in life beyond death and taxes it’s that there will be a book – or, even better, several – under the Christmas tree each year.

And one of those books this year was “Escape from Camp 14”. (There wasn’t a single mention of a motorcycle anywhere in the book but I thought it important enough to put this brief review online so that any of you that might be interested will pick it up and read it.)
If you’re not familiar with the book, the subtitle spells it out pretty clearly: “One Man’s Remarkable Odyssey from North Korea to Freedom in the West”.
I’ve never really paid much attention to North Korea. Sure I’ll shake my head at yet another crazy pronouncement from Dear Leader, and worry for a few seconds every time he rattles his sabre at South Korea, Japan, or the US (“The Great Satan”). I am also minimally aware of the deprivations faced by the general population, the continued malnourishment of the citizenry, and the continuous brainwashing practiced by its leaders, but have no sense of how anything I can do would make the slightest bit of difference. I may actually watch “The Interview” some day just to see what all the fuss was about and to poke a symbolic stick in the eye of Kim Jong Un, but that’s about it.
But this book made me angry. Angry that such a depraved regime could still exist in the 21st century. Angry that people could be (legally) treated worse than animals by sadistic overseers (for example, one of the camp’s 10 rules was “Anyone who does not acknowledge his sins … will be shot immediately.”). Angry that China (no bastion of human rights itself, but a beacon of light compared to North Korea) would continue to prop up such a brutal regime. Angry that a man can reach adulthood knowing only fear and without any concept of love, sharing, or even closeness to another human being. And angry that there seems so little the West can do about it.
This is a small book – only 200 pages – and an easy read (“easy” in the sense that I finished it in a day; not the subject matter which is most decidedly NOT an easy read). The author takes the reader through the horrors of life (a misnomer if there ever was one) in Camp 14, Shin’s daring escape, his bewilderment at finding a world outside the fence he never knew existed, his psychological scars, and ultimately to his current situation where he continues to struggle with feelings, emotions, and his personal sense of guilt.
It’s a powerful book, and certainly worth a read. Highly recommended.
2 comments:

Spend a minute watching this auto commercial for the new SKODA Fabia; your time won’t be wasted.

Interesting, isn’t it? It may only be a commercial but it provides a perfect example of what we’re up against on the roads. If that driver coming up to the intersection is so focused on watching the light to make sure he gets through on the green, or is concentrating on whether she has room to turn in front of the truck that’s right behind you, you simply will not register on their conscience.

Don’t misunderstand, I’m not excusing anyone’s inattentiveness and bad driving, but being forewarned is, as they say, forearmed. Knowing how we all ‘see’ the world around us under certain conditions might some day save your life.

Something to think about as we slowly emerge from our winter cocoons to start a new riding season.
14 comments:

Short story:  Young woman stops her car in the passing lane of a major highway to help some ducks trying to cross the road. Motorcyclist crashes into the back of her car killing both the rider and passenger. Woman gets 90 days jail time and a 10 year driving ban. [Link]

That was certainly my first thought, that she got away with murder, and I think many motorcyclists would react the same way. But then I dug into it a bit more and found, as with most things, there was more to the story.

Longer story: Young woman stops her car in the passing lane of a major highway to help some ducks trying to cross the road. A camper trailer also in the passing lane swerves at the last minute to avoid the car. A motorcyclist following the camper trailer, driving (it is estimated) between 25 and 40 kilometres per hour over the posted speed limit of 90 kph, doesn’t react in time and crashes into the back of the car killing both the rider and passenger.

So is it still lethal injection time? Some will call me out for blaming the victim, but I can’t help but think about how this was such an avoidable accident.

First, there are many reasons a vehicle might be stopped in any lane of a highway – accident, breakdown, and, yes, stupidity. But the responsibility is with all drivers to be aware of that possibility and drive in such a manner that control can be maintained at all times, even when faced with the unexpected – especially when faced with the unexpected.

Second, it would appear from published reports that the rider was following the camper so closely that he had no, or limited, visibility of the road ahead. When the camper swerved suddenly to avoid the stopped vehicle (which could equally have been a large pothole or debris on the road) he was caught by surprise and had neither the time, nor possibly the training, to react appropriately.

Finally, I have seen no reports of how much other traffic there was on the highway at the time, but excessive speed, and travelling at a speed significantly higher than the traffic around you, always comes at a huge risk – a risk that rests solely with the driver.

Let there be no doubt this woman did something blazingly stupid and negligent. Two people are dead and lives will never be the same, including hers, and she needs to accept responsibility and be punished for that.

But I’m conflicted. I think some jail time is appropriate but, frankly, a long jail term as has been called for by some won’t fix stupid. However, a 10 year driving ban will at least keep her off the road, making it a wee bit safer for all of us no matter how many wheels we are on. So put away the syringe, I think the judge may have got this one right.
15 comments:

Mickey to the rescue

Back in June I acquired a new-to-me tractor. Since then it has done yeoman’s service in helping clear felled trees, repairing driveways, and generally moving heavy stuff about. But it hadn’t yet been put to its primary intended role which was for winter snow removal.

That changed last night when the first major storm of the year dumped upwards of 30 cm (12”) of the heavy white stuff, with lots of drifting, on our road and laneway. And I’m pleased to report that Mickey was well up to the task. In about 45 minutes I had cleared 1/2 kilometre of road plus both our and our neighbour’s driveways. And I had some fun doing it! 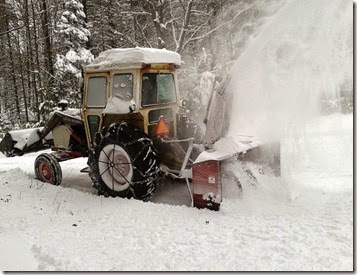 Why Mickey? I’m not entirely sure why people name their vehicles but when they do there’s usually some connection to a person – alive or dead – who shares the name. I wasn’t going to call it anything until I saw this recent image of Mickey Rourke and it immediately reminded me of my tractor. 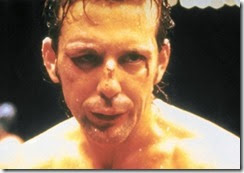 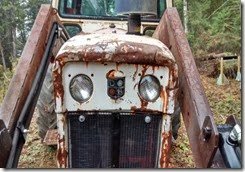 Now you have to admit there is an uncanny resemblance. So Mickey it is.
15 comments:

I just realised the entire month of November has come and gone without a single posting. While I may not be the most prolific of posters I do try and get something up here on a semi-regular basis. In fact, not since May 2008 have I missed posting for an entire month. 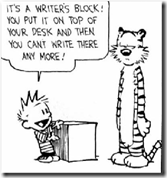 So what happened? Who knows? It’s easy enough to lay the responsibility for my lack of loquaciousness on the dreaded “writer’s block” but I'm not so sure that’s entirely fair. No, it just seems that I was incredibly busy last month and posting took a back seat to everything else that was going on – which, in hindsight, really wasn't very much at all. Sure, I went for a week’s golfing trip to Fort Lauderdale (hot and sunny – thank you!). And I was down with a cold for a few days. And… Okay, now I'm rationalizing. Suffice it to say dear readers (both of you) that I will endeavour to be more forthcoming with witty and brilliant content as 2014 drags inexorably to its eventual demise, to be replaced by a new year containing lots of good two-wheeled material.

In the meantime I will leave you with this, my contribution to Christmas decorations in the family abode.  It has blinking lights and plays a tinny Xmas song, but for totally unjustifiable reasons I wasn't allowed to put the batteries in. No wonder I'm having trouble trying to summon up the Christmas spirit; there’s a Grinch in the house. 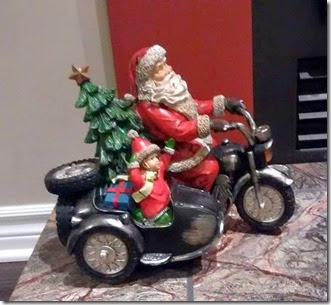