We laugh at, and are fascinated by, those unfortunates portrayed on reality TV shows like A&E’s Hoarders. People who, for whatever reason, sane or insane, normal or not, cannot stop collecting “stuff” and who desire their 15 minutes of fame attract a surprisingly large audience. Why people hoard is the subject of many a PhD dissertation in social studies I expect, but the truth is, there’s a lot of the hoarder in many of us: Exhibit A, yer Honour – my garage.

So we all collect stuff, some potentially useful, some not, some for merely sentimental reasons. It sits, unused, for months or years, taking up space, collecting dust, until your own reality kicks in and you decide it’s finally time to kick it to the curb (or kerb for my UK readers). 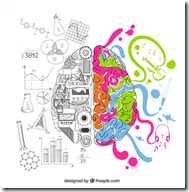 But what if it’s not physical items of some sort being collected, but ideas, more specifically ideas for future projects that one wants to undertake “some day”?

If, having seen my garage, you think that’s cluttered then you’d best not enter the future projects box in my mind without a guide. There you’ll find half-baked ideas for a home-made Stirling engine living happily alongside imaginings for silly works to accompany my bicycle in a tree or musings on major home renovations. Hare-brained schemes co-occupy space with solid plans simply awaiting time and resources. Ideas that will never see the light if I live to be 100 and win the lottery elbow for room with imminent projects working their way up the honey-do list. They all demand the same amount of air so to speak and, even if it’s something that would be fun to do, every single item adds to the burden of stress we lug around each and every waking hour.

So what does it take before you kick a project idea to the curb? How do you – finally – say enough is enough, I will NEVER, EVER get to this, stop thinking about it (and, for heaven’s sake, stop collecting parts for it)? I guess I’d best try and figure that out.

It’s hard to believe it’s 2016. Wasn’t it just yesterday we were all panicking about Y2K? Sure seems like it. In fact I still can’t bring myself to refer to the 1900s as “the last century”.  But the progress of time is relentless and, as each year passes, I am closer and closer to becoming that guy on the internet, you know the one, the guy they use to demonstrate how fast we as humans are progressing, the guy who, “In his lifetime he has seen… yada, yada.”. Except, sadly, the more I see the less I think we are progressing, but that’s a rant for another post, or several.

I don’t make New Year’s resolutions. Tried it once (to quit smoking way back when) and it lasted, I think, 8 hours, until I woke up very late on the morning of January 1 with a major hangover. Since then my only resolution has been to not make any.  But that doesn’t mean I don’t view the New Year as a time of renewal, of thinking about where I’ve been and where I’m going – at least as far as one can predict those things. (I am reminded of von Moltke’s famous words that no battle plan survives first contact with the enemy.)

I’ve been at this blogging business for 9 years since my very first post ranting about crappy customer service in my Views from the lake – eh? blog in March 2007. A year later I started the short-lived From the Canajun’s bookshelf, followed soon after, in  April, by this blog, On Two Wheels, dedicated to, as the banner reads, “The addiction that is motorcycling”. Since then I have written countless words, am closing in on 900 posts on my blogs covering all sorts of topics, enjoyed nearly a quarter of a million page views, and read thousands of comments from regular readers and strangers just passing through. And, best of all, met some great folks both in person and (at least so far) just in the ether.

But lately I have found my interest waning. In this blog I have barely managed a single post a month for the past few months, and even fewer for Views from the lake – eh?. In part I blame Facebook, or more accurately the laziness in me that Facebook encourages. Let’s face it, it’s much easier to throw a 50-word snark up on Facebook than it is to sit and spend an hour or two writing a decent post. However it’s not nearly as satisfying, and quantity does not really make up for quality.

So I suppose this is my not-a-New-Year’s-resolution for 2016, to not be so damned lazy and post more frequently.

It’s also time for a facelift. My friend David Masse over at Life on Two Wheels nailed it when he said “Time, like wind and water, inevitably erodes all structures. Things change, and the purpose changes too. When that happens, the structure must adapt, or eventually lose its relevance.” That’s where I feel I am with my current blogs. I don’t intend to try and match David’s excellent work but a refresh is definitely in order. I’m not sure where my thinking on this will take me over the next few weeks and months but one thing is for sure, I will be consolidating my thoughts into a single blog. But until then, don’t be surprised to see some non-motorcycle content in On Two Wheels.

It’s a time for renewal, and isn’t that what the new year is really all about?