Is that a new rattle I hear?

I never would have made it through medical school. I would have been the guy in class who contacted every disease studied. (I did feel flushed yesterday. And that headache is back, worse than ever. My vision seems a bit blurry this morning. Is that a rash? OHMIGOD I’ve got this too! I’M DYING!) If the stress didn’t kill me it would have sent me packing to some safer pursuit, like accounting. (Thankfully that didn’t happen.)

So, how do I know this? Well, for example, a while back I read an article about replacing worn-out cam chain tensioners on high-mileage Harleys. At 38,000 kilometers my bike is not high mileage but now I imagine increased noise coming from the primary. While I try to convince myself that the tensioner is NOT worn out and I don’t have to replace it over the winter, the thought nags: But what if it is? Then there’s general engine noise. Is it louder than usual? Valve clatter? Or is an automatic pushrod adjuster not working? And it goes on…

What topped it all of was yesterday, when riding, I heard a new noise, a rattle, coming from the front end somewhere. Scary stuff. What if it’s the brakes about to seize? Or a wheel bearing about to disintegrate? It took about 5 kilometers of worry and a total (mental) teardown and rebuild of the front end before I realized the noise I was hearing was coming from a banged-up trailer just ahead of me. Whew!

Oddly enough I never consider any of this in a car or truck. Get in. Turn the key. No idiot lights? Good to go. Perhaps the difference is the driver’s isolation from the heart of the beast. Instead of it pulsing six inches under your butt and other high-value bits it’s somewhat remote, a few feet up front, and well insulated. And unless the engine completely fails or the exhaust system falls off I’m unlikely to pay the slightest bit of attention to any part of the power train. Not necessarily a good situation, but there it is.

Maybe it’s a heightened sense of vulnerability on a motorcycle, or a perceived lack of reliability compared to modern automobiles, or perhaps it’s just me. But it’s also why my motorcycles are over-maintained compared to their 4-wheeled brethren. And that’s just fine by me. (Note to self: Take a good look at the front end, just in case.) 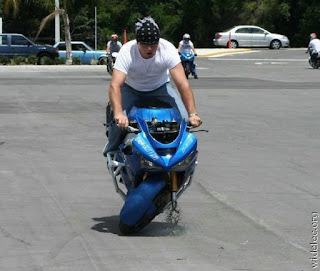 Living in the country we are no strangers to bats. Seeing them swoop and dive as they gorge on mosquitos brings joy to the heart. I mean, who doesn’t like to see mosquitos “get theirs”. Miserable blood-sucking bastards. 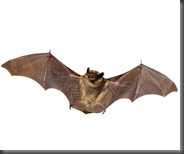 So, we have lots of little brown bats around, including a couple in the attic. I’ve known they were there for a few years but they were never a problem and, as long as they minded their own business, were welcome to stay. Sure, once or twice a year one would bumble/flutter into our living space, only to be ushered back outdoors, but that was a small price to pay to enjoy the benefits.

About three weeks ago that all changed when we were awakened by a bat doing laps in the bedroom at 2 AM. That triggered phase 1 of the established SOP for bat removal: close bedroom door to living area, open bedroom door to screen porch.

Having done so I waited as the bat continued to lap the bedroom, apparently unaware that escape was as close at hand as flying through the damned door to the porch. It was like watching the Daytona 500 - around and around and around he went - and for almost as long (at 2 AM and groggy, 10 minutes can seem like 5 hours). But eventually he/she/it flitted into the porch, triggering phase 2: close bedroom door, open outside screen door. Ten more minutes of dizzying circles later, it finally realised the door was open and out it went in search of a mid-night snack.

Which brought on phase 3: go back to bed.

Two hours later it, or a close family relative, was back. What the….?  One night, two visits? This was new. But same SOP and, eventually, back to bed.

This continued every night for a couple of weeks. The fluttering of little wings would wake us up some time around zero dark thirty, I’d do the sally port routine for a few minutes, then crawl back under the covers. Like having an infant needing regular nighttime feedings it was becoming routine.

But then I began to notice a change in our little bat’s behaviour. Instead of continuing to fly circles in the bedroom once the porch door was opened, it seemed to anticipate it’s opening, heading for the door as soon as I got out of bed. Then, the instant the door opened it was through and into the porch. Ditto with the outside door – open the door, bat flies out. The whole bat egress process was now down to seconds instead of the previous 10-15 minutes. And, a couple of times, I went through the whole routine without the spousal unit even being aware.

So I now have a trained bat (or bats - hard to tell them apart). Or perhaps it now has a trained human. Either way it’s not really the kind of pet I want so a bat relocation program has been initiated. Wish me luck.
5 comments: