What? Me? Win the lottery? I wish.

The running joke in this household is every time I express an interest in some new toy, a bike upgrade, a new truck, or any other frivolous (as determined by the spousal unit) expenditure which would, beyond the shadow of a doubt, improve my life our lives immeasurably, the stock answer is “When you win the lottery”.

And, it seems, even that is conditional. When I last won big and hauled out the new Harley ads it was somewhat patiently explained to me, accompanied by a lot of eye rolling as if it should be obvious, that the winnings had to at least cover the cost of the acquisition and $100 wasn’t going to buy much of a motorcycle. Hah – fooled her. Got this beauty for $39.99. 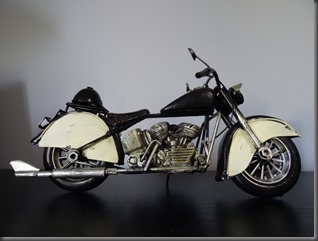 But I did get to thinking. If I did win the lottery and money suddenly became no object, would I keep the Dyna, upgrade to something different, or start a collection Jay Leno style? Well maybe not Jay Leno style exactly, but a modest version of same with, say, a nice even half-dozen bikes in the garage – one for every occasion.

Based on past history I expect I’d collect, and my ideal garage would house: a long distance tourer (aka Geezer Glide); an on-off-road dual-purpose bike (possibly a BMW F700GS); a modern day-tripper (for which the Dyna is perfectly suited, so I’d keep her); a sidecar rig for 3-wheeling during bad weather (a Ural comes to mind here); a vintage Brit bike (a fully restored mid-60s BSA A65 Lightning would fit the bill perfectly); and a real old classic like a mid-20s Indian or similar, just for the fun of riding it once in a while and trying to get it back home under its own power and with all the bits still attached.

And then if I still had some room in the garage I might throw in a few bikes I’d either owned or lusted after in the past: a 1974 Kawasaki Z1 900 (I wish I still had mine); a 1974 Norton Commando (ditto; or the new Commando 961 Sport – the collection wouldn’t be complete without a Norton); and a vintage Ducati café racer like the bright yellow 750 Sport (always wanted one) to represent Italy’s contribution to motorcycling – besides it would be a blast to ride.

So that’s 9. It’s only about 1/10th the size of Jay’s collection but I could live with that.

What about you? What would be in your perfect stable?
15 comments:

As every rider knows that acronym has nothing to do with female biology but rather represents the emotional impact of not being able to ride for an extended period of time for any reason. Up in this neck of the woods Parked Motorcycle Syndrome usually occurs during the winter months when snow, ice, and freezing temperatures force all but the hardiest and most foolish among us to park the 2 wheelers for a few months. That comes with the territory, as they say, and we are mostly accepting of its annual inevitability and use the time to catch up on wrenching and various upgrades over which riding took precedence during the summer. We deal with it.

It’s the other causes of PMS that are really troublesome.

While not strictly Parked Motorcycle Syndrome, I had an extended period a while back when I had no motorcycle at all. During those years of No Motorcycle Syndrome the first few weeks of summer were the worst. As the dandelions multiplied, opening their bright yellow faces to the world, so did the number of motorcycles on the road. And I missed being on one of them. Badly. Until 2008 when I got my current ride and the universe once again began to unfold as it should and the empty garage was no more.

But it was not to be all smooth sailing riding from that point onward. Four years ago a major wind storm and several broken ribs kept me out of commission for most of that summer, from mid-July to mid-September.

Then two years ago I had another brief bout of PMS when our roads were under repair and it was both difficult and dangerous to get through on two wheels for a period of about 3 weeks. Watching day after day of our already short riding season tick by was not how I wanted to spend the better part of  June.

And now here we are, May 2016, perfect riding weather, and again she sits parked as I curse the vagaries of life, health, and the pursuit of happiness while trying to nurse an inflamed hip back to normal function. While not life-threatening it is extremely painful and sitting in the saddle doesn’t help (nor does swinging a golf club as it turns out). So now again I wait until my body is as ready as my head and heart are, counting the missed days.

All of which begs the question, why doesn’t this crap happen during the winter months when I can’t do anything anyway?
10 comments: 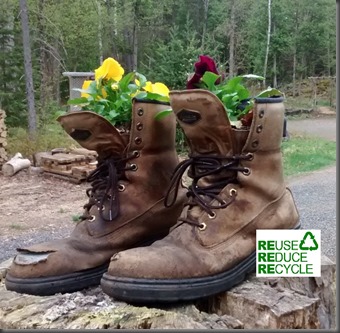 For want of the right part…

Still lots of small parts on order but I  had enough of the major components to start doing some reassembly. 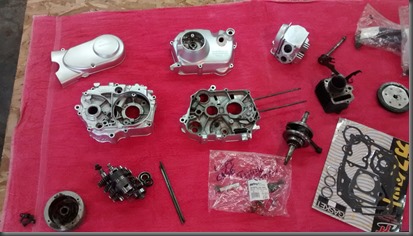 The kick start shaft, for which I had waited 4 weeks for delivery, turned out to be the wrong one. Can you spot the difference? 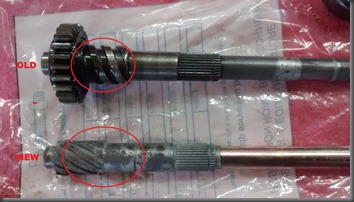 I probably should have unpacked it to check when it first came in, but…. To his credit the vendor immediately accepted responsibility for shipping (and listing) the wrong part and refunded the cost. But I still need a shaft, so the search continues and the rebuild gets postponed for another day.

Or maybe it’s time to start on the carb – I know I have the right kit for that.
4 comments:

Sometimes it takes a disaster

If you have been following the news at all you will be aware of the disaster unfolding in northern Alberta. Wildfires themselves aren’t that exceptional in the north, but this one is a monster that is resisting all efforts to tame it. The fire now covers about 1600 square kilometres, an area about the size of New York City, and authorities are saying that only better weather conditions (cooler and wet) will be able to stop it.

Right in the middle of that inferno last week was the city of Fort McMurray, with a population of about 80,000. The fire has moved on now and the damage to the city, while it could have been catastrophic, appears to have been (relatively) minor with about 90% of the homes saved and most of the downtown core undamaged. Truly a minor miracle and a testament to the hard working fire crews. 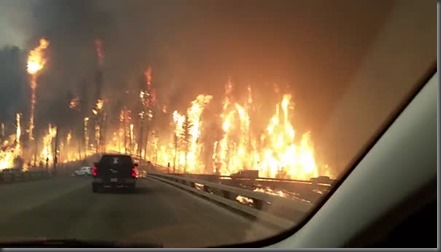 Every disaster has its share of good news stories, but this one, I think, exceeds any I’ve seen in all my years on this bit of dirt.

In 24 hours a city of 80,000 was emptied in a relatively orderly way, with no fatalities. Many had only a few minutes to get out of town, so people grabbed what they could, loaded up kids, spouses, pets, and whatever other animals they could get to and headed out on one of the two main highways – north or south depending on which side of the fire they were on.

Few had a chance to gas up or assemble necessities, so good Samaritans patrolled the roads offering gas, water, food, whatever was needed to the thousands whose entire lives had been reduced to what they carried in their cars and trucks.

Offers of rooms, apartments, and houses flooded in from cities and towns within a few hours’ drive. Fort Mac is a city largely made up of transients working in the northern oil sands, so many just went back ‘home’. But for those who stayed, all are now accommodated somewhere and contributions of food, toys for the kids, clothing, and other basic life necessities just keep coming.

At last count Canadians had contributed nearly $50 million to the Red Cross in disaster relief. The federal government is matching those contributions dollar for dollar. Other charities are also seeing their coffers filled to overflowing.

And then there are the fire crews and first responders. Coming from across the country the firefighters, aircrew, and support staff worked countless hours trying to direct the fire away from residential areas and to save as much of the city as they could even while, in some cases, their own homes were being consumed.

It will be a long time before Fort McMurray returns to its pre-2016 condition, but one thing that will be remembered is the fact that when faced with a disaster of this magnitude people came together no matter what their colour, religion, language, or political affiliation, to support fellow citizens who were hurting.

And that makes me believe that in spite of the daily deluge of bad news, there is still a glimmer of hope for mankind.
4 comments:

Are you serious about your business?

I spent the bulk of my career in private industry, selling and delivering professional services and computer systems to a global customer base. No market was too small if there was the slightest chance of making a deal, and crossing borders with both people and products was commonplace. Of course the appropriate rules had to be followed such as visas and export permits and so on, but that was simply a cost of doing business, and one we accepted.

That was before the internet became so ubiquitous and global markets became a reality for pretty much everyone with an IP address. Today your customers can come from anywhere in the world, seamlessly crossing time zones, oceans, borders, and language barriers. And if you’re serious about your business you will figure out a way to service those clients.

But some haven’t got the message and are losing business as a result.

Today (and not for the first time) an inquiry to a US vendor of motorcycle parts was rejected with a curt “we don’t ship to Canada”. I had about $100 in small hard-to-find parts I wanted to buy from this vendor, but he couldn’t be bothered to put an extra couple of $$ postage (which I would pay for anyway) on exactly the same small box he would use if shipping to Calif. As I reminded him in my response, it must be nice to have so much business that you can ignore 35 million potential buyers.

And then there’s eBay, where it’s common to find free (or nominal) shipping Stateside but quotes of $50 or $60 for shipping to Canada. When the actual cost would be in the $5-$7 range that’s just another passive-aggressive way of telling us you don’t want our business when you don’t want to be honest about it.

To be fair it’s not all US-based vendors, not even close, but it sure rankles when you find something you really want or need only to be treated like you’re asking for the equivalent of a Mars resupply mission to have that $20 exhaust valve shipped 300 miles to your own mailbox.