Getting to know your dealer

Or even more importantly, your dealer getting to know you.
It’s not uncommon in online forums to see bikers referring to their dealers in terms such as “I went to the STEALER and they tried to RIP ME OFF…” accompanied by a full demonstration of Tourette’s in written form. That’s pretty discouraging because, while there are certainly bad dealerships out there, I believe the vast majority are good folks, just trying to make a living like the rest of us.
That’s why I’ve always tried to make myself known to my dealer. I’ll drop in every so often just to look at and talk about the new models, or to buy some small item at the parts counter. If I bring my bike in for service I make a point of understanding what they are doing and talking to the tech if possible. I know most of their names, and they know mine. And it pays off in so many ways.
As a case in point, I recently made a rookie mistake and broke a brake light switch. A moment’s inattention, a little ‘snap’, and an “oh crap” moment ensued. So I dropped by the dealer to order a replacement.
(This is where it gets ugly.) The part listed for my Dyna is $34 (outrageous enough), but as soon as they tried to place the order, H-D’s ordering system said that part was superseded with this new $96 part (much more outrageous). $96 for a small momentary switch in a plastic housing with about 20” of wire attached. That’s it. For any other application it would be $4.99 at Radio Shack. (Now if you want to refer to the folks who set retail price points for H-D OEM parts as “stealers”, that’s perfectly acceptable and justified.)
The parts manager (who agreed with me on the last point) then dragged out all his suppliers’ catalogues and spent at least 1/2 hour searching until he found a suitable after-market replacement switch for $22, confirmed availability, and placed the order. The service manager then spent another 15 minutes or so explaining what to watch for during installation so I wouldn’t be back again in a few days looking for another one. That’s great service.
Some dealers would have presented me with a take it or leave it scenario, but because I have a personal relationship with my dealer they were prepared to go extra mile to keep me as a valued customer. And that’s why I keep going back.
6 comments: 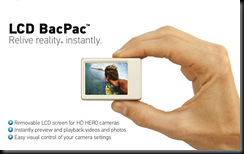 Mine is on order and I will provide a review as soon as I get it and can try it out.
7 comments: