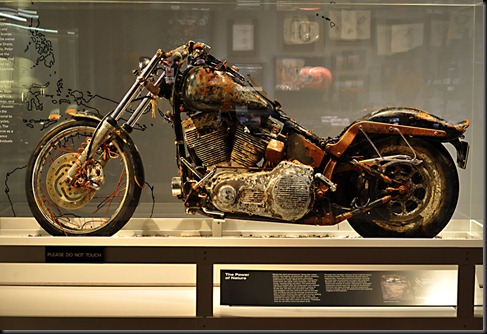 Photo source: PR Newswire.
Blogged about here and here, the 2004 Night Train that crossed the Pacific in a storage container after being washed away by the Japanese tsunami in 2010 now is on display at the HD museum.
It’s nice to see it has a home as a fitting memorial to the more than 15,000 Japanese who lost their lives, and the countless thousands of others who lost everything, in that terrible tragedy.
6 comments:

Now that I am finally back in fighting form I have been putting many, many hours into the clean-up of the property and repair of outbuildings damaged by the storm back in July. And for most of that time my bike has been sitting in the garage, tempting me every time I pass by. But for today the weather guy was calling for sunshine and warm (18C) temperatures, so I figured I had better take advantage as one never knows which ride will be that last one of the year once November approaches.
Despite the forecast the morning was quite cool (10C) and overcast but by noon a general lightening of the sky could  be seen, so I decided to bundle up and head into Arnprior for a haircut and a quick lunch en route. It’s only 30km each way but at least it would be a ride and I would actually accomplish something at the same time.
But when I hit the crossroads I turned right rather than left. I’m not sure why except that all of a sudden I had an urge for a Quiznos sandwich (Classic Italian on Italian herbs and spices bread – mm-mmm, good) for lunch and the nearest Quiznos is in Ottawa, 80km away. What the hell, the weather was improving and I wanted a longer ride anyway.
When I arrived and went into the restaurant the person in front of me in line turned out to be a friend and co-worker from about 15 years ago whom I had long since lost track of. And so instead of eating alone with a newspaper for company we shared a table and got caught up on all the news in our respective lives and careers since that time.
It was really great having the opportunity to get re-acquainted with Jim and it never would have happened but for that spur-of-the-moment decision to go right rather than left back at the crossroads. I’m not sure I believe the old adage that everything happens for a reason, but sometimes it sure does seem that way.
When I finally got home a few hours later, and after running some errands in the city (I was there anyway) I remembered the initial reason for the ride. I never did get a haircut so perhaps there’s still one more ride in the season for me.
No comments:

Cruising the intertubes the other day I came across some remarkable work done for the Progressive International Motorcycle Shows.
We’ve all seen pictures of motorcycles that include the human body in the design: 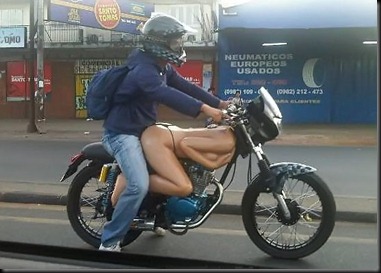 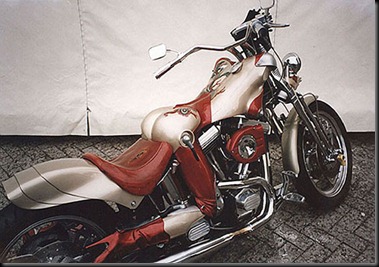 But here’s the real thing.
The Progressive International Motorcycle Shows wanted something unique to advertise their shows, and they certainly got it with these images. 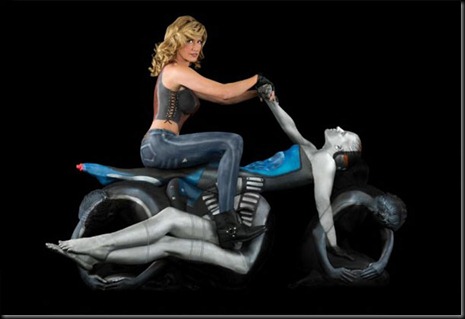 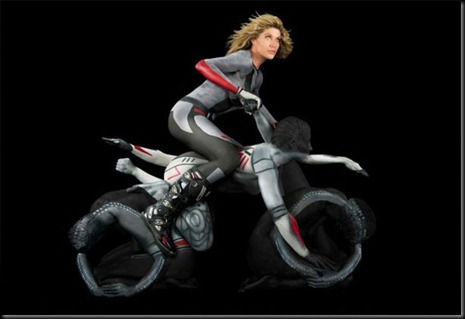 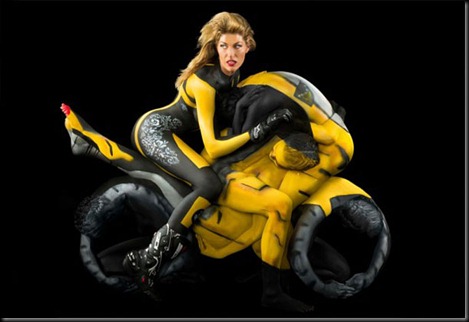 Click over to their web site and watch the video on how these were done. Very cool.
7 comments:

“Nature gives to every time and season some beauties of its own.” Charles Dickens
The days are getting noticeably shorter and overnight temperatures flirt with the freezing point, causing gardeners to worry about their tomato plants and we northern motorcyclists to lament the closing days of the riding season. But every so often a spectacular fall day makes us realise how beautiful this time of year can be.
Yesterday was just such a day. I had some errands to run but the morning dawned damp and gray. However the weather forecast called for a sunny afternoon so I waited and was rewarded by the sun breaking out and the temperature rising into the mid-teens (60’ish F) by lunch time.
While my actual errands only took a few minutes, going the long way round gave me a nice 3-hour ride, some of which I’ve distilled into this 90-second video to share the beauty of Mother Nature in all her fall finery, just before she goes to bed for her long winter’s nap. 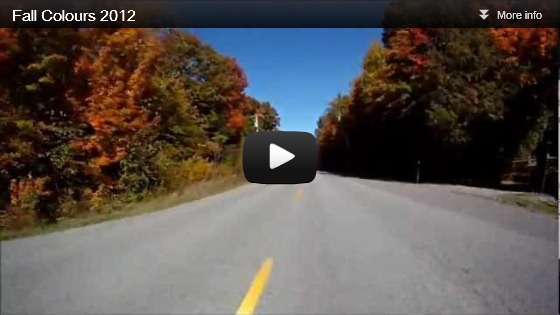