As part of the Canada 150 celebrations the National Capital Region engaged Mosaïcultures Internationales de Montréal to create an exhibit reflecting Canada’s history and diversity. The end result is a spectacular kilometer-long walk through some stunning horticultural sculpture.

We’d been meaning to visit and finally got around to it today. We were blown away by the artistry and attention to detail – all done in various types of plants, grasses, mosses, and so on to provide the texture and colour the artists desired. It is reported that 3 million plants of 80 different varieties were required to create this magical garden.

Aside from seeing the odd trimmed cedar in a front yard I’d never paid much attention to this art form. Supposedly all the rage in Victorian times it had fallen out of favour but is now making a modest comeback.

It is, understandably, extremely labour intensive and expensive (reported cost – $10 million to put on this particular exhibit of 100+ sculptures) so don’t expect to see this type of exhibit  too often. But if you ever get the chance to visit one, go for it, as these examples were truly beautiful. 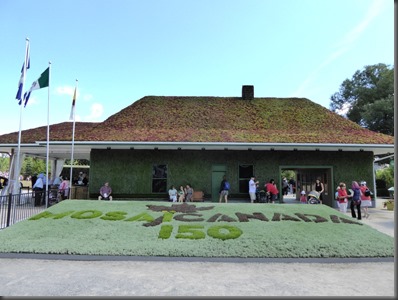 Walls and roof of 'station' covered with mosses. 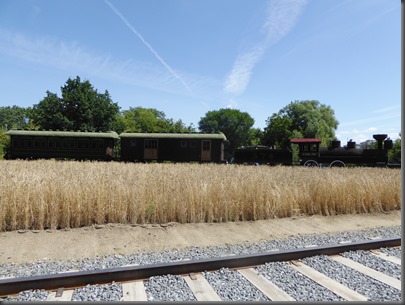 Canadian Pacific train crossing the Prairies. Life-sized and all plants. 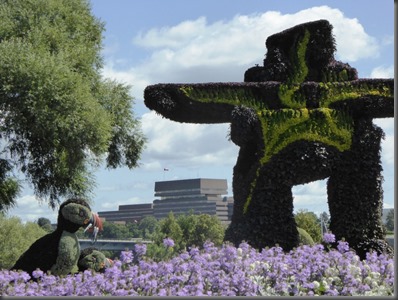 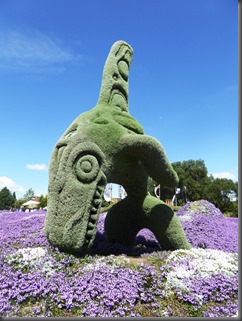 Copy of a famous Orca sculpture by BC’s Bill Reid. 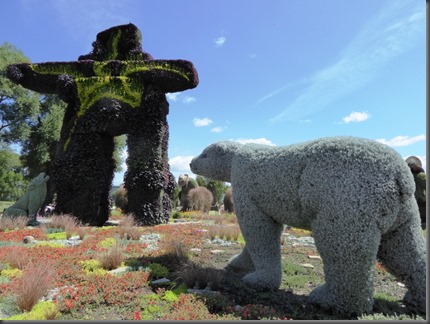 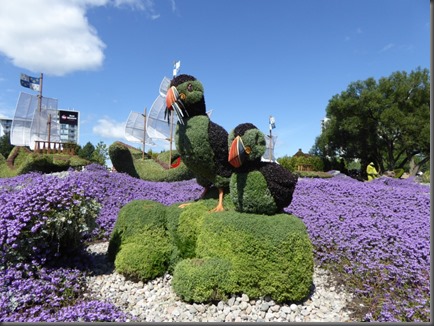 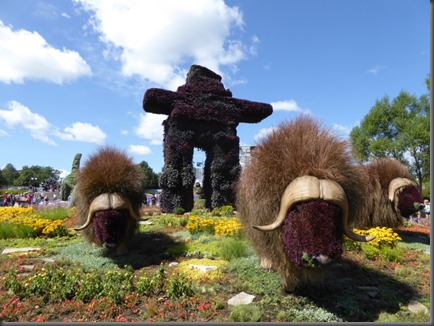 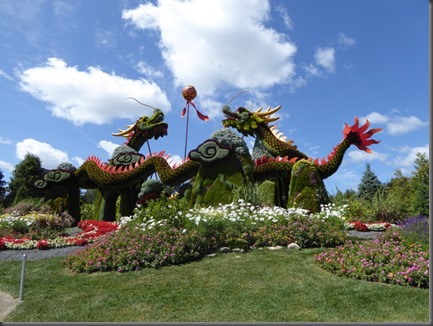 Celebration of Canada’s links to China. 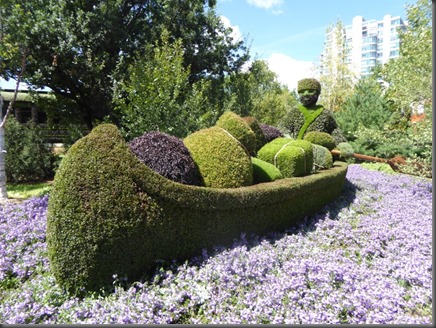 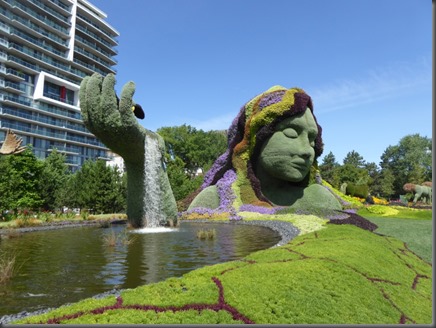 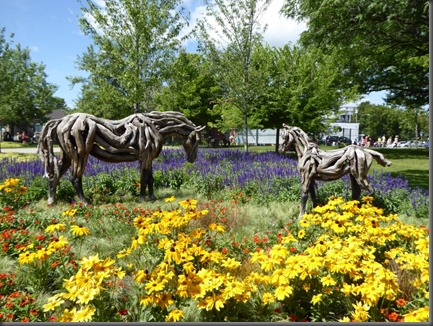 Not horticultural art but still amazing creations by a British artist (forget her name) who uses driftwood as her medium.

All in all a great way to spend the day. Best of all, it was free. (Worst of all was the $53 parking ticket I got because I misread the sign. The fact that there was actually a free space should have been my first clue. Sigh.)

I decided it was finally time to get down to doing some work on the Kawasaki. A while back I had cleaned and rebuilt the carbs. (One of the POs – don’t know which – ‘forgot’ to replace a few small parts like springs and such and mis-installed a few others, proving once again that some people should never be allowed near tools.) Not surprisingly, once the carbs were set up properly it fired right up and ran well. Since the heart seemed strong it was now worth my time and effort to get it into reasonable shape to pass a safety check and, ultimately, get it licensed. 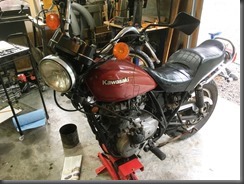 Fork seals were leaking and the clutch cable was frayed. The exhaust system was also leaking. And just overall, the bike looked ratty, which could trigger a more detailed safety inspection that I wanted.

Seals were easy to replace, as was the clutch cable (although very messy as it’s routed next to the front sprocket and is therefore subject to a lot of chain lube spray). A new, less radical, set of bars was obtained (surprising how many new parts are still available for a 35-year-old motorcycle), and the air box was replaced by 2 separate air filters. 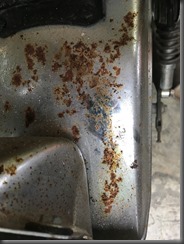 But I wasn’t sure how to proceed with cleaning up all the surface rust on every chrome surface. As you can see from this shot of part of the rear fender it was pretty ugly. And every chrome surface was similar. Enter Google and YouTube where I discovered that a bit of tinfoil dipped in vinegar would remove that surface rust and leave the chrome, if not pristine, at least shiny.

I was pretty skeptical but decided to give it a try. 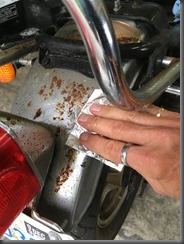 Et voila! Worked like a charm. The chrome is still pitted and will rust again if left to the elements, but the improvement is remarkable. 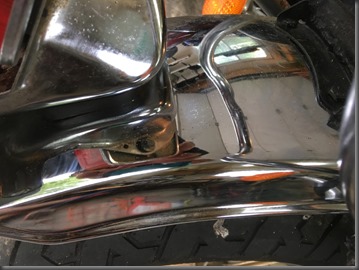 And just to highlight the difference, one muffler has been cleaned up and the second has yet to be touched. That’s tomorrow’s job. 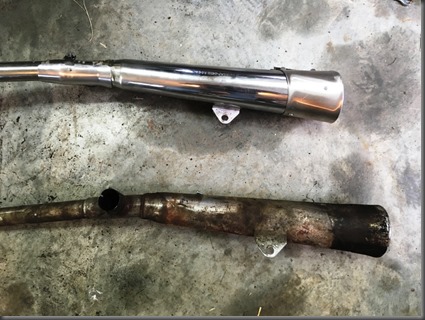 So who knows? I might get this thing on the road this summer after all.
4 comments: