I’d been planning to pay a visit to my favourite cigar dealer for a while but circumstances, as they often do, conspired against me. But then today the stars aligned: I had a free day, the sun was shining, and temperatures were well above normal. All the excuses I needed for a ride.
And of course the only way to go was the long way. 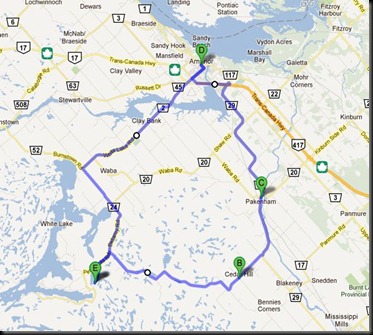 I’m still playing with my GoPro and haven’t yet figured out how to edit and compress videos, so these are a few stills taken en route.
The fall colours are now starting and should be spectacular in the next week or so. These maples on our driveway are already turning yellow. 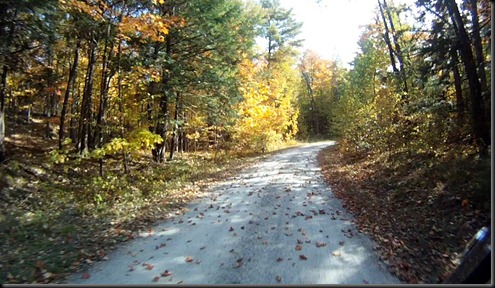 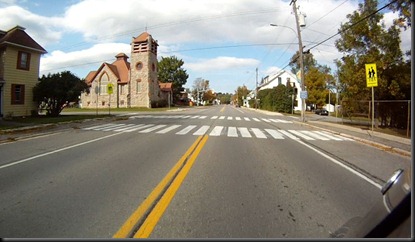 Just a great day in the country! 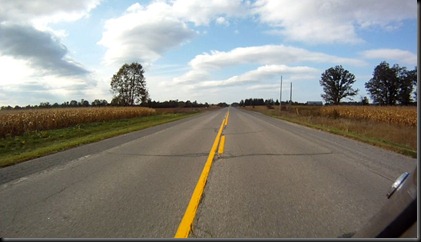 And my humidor is happy again. 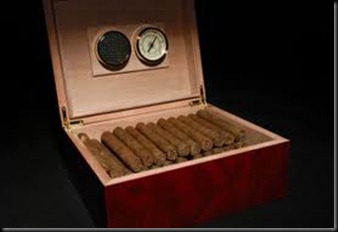 Here in North America motorcyclists have many reasons to take issue with the governments of the day. Whether it’s helmet laws, noise bylaws targeting motorcycles only, restricted access areas, or even limits on the ages of passengers there is no shortage of causes that are worthy of protest.
And when we do, what happens? We get a few dozen bikers out who may get the attention of the press on a slow news day, and a Gallic shrug (if that) from the people we are trying to reach.  Let’s face it, the powers that be, when they think of us at all, consider us a minor nuisance to be taxed or otherwise harassed simply to go away. Or, if you’re in law enforcement looking for budget increases, then we’re a gang of murderous thugs out to rape and pillage and cast asunder civilization itself. But what we are not considered is a special interest group with immense economic and political clout due to our numbers. And that’s our own fault because we, as bikers, focus on our differences – tourers versus sports bikes, Harleys versus everything else, the hard core rider versus the weekend warrior, off-road versus street riders, the tee shirt versus the day-glo armoured outfit, the wavers versus the anti-wave crowd, etc. We seem unable to recognize that spurious, oppressive regulations that affect any of us affect all of us. 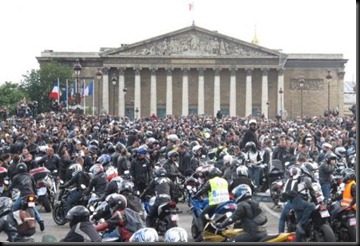 Well, in France they’ve got it together. When the French government tried to bring in legislation calling for all riders to purchase and wear high visibility fluorescent vests they protested. And how! They came out in the thousands, clogged streets and highways, and let the government know they could wield real power when riled up.
Check out the videos at: http://ukfrancebikers.com/2011/06/18/france-completely-paralysed-by-almost-100000-bikers/
Now that’s how to protest. And, as a result, it seems they may actually be being heard by the French government.

The UK is going through similar challenges with hi-viz vests, restricted access, etc. and protests are beginning there as well. I expect we’ll see large turnouts, but not like the  ones in France; after all, no one protests as well as the French.

Is That Thing Diesel?

About a week ago, fellow blogger Geoff James (http://geoffjames.blogspot.com/2011/09/light-hearted-book-review.html) reviewed this book by Paul Carter. Geoff did a great job, piquing my interest and sending me searching for a copy of the book to download to my e-reader. As soon as I had it loaded, I started right in.
As Geoff describes the book, “It's the story of his ride round Australia on a bike originally built by Adelaide University students for an alternative fuels challenge, consisting of a Cagiva adventure bike rolling chassis and a small single cylinder diesel pump engine running on used cooking oil to propel it along.”
If that’s not interesting enough in its own right, the personal story of Carter and his motley collection of mates from his oil rig days will have you either shaking your head or laughing out loud – and sometimes both.
Highly recommended road story. And thanks Geoff for the introduction.
5 comments: