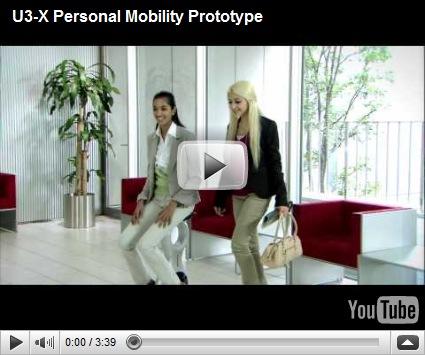 I don’t expect to see these available at the local Honda dealer any time soon for all the same reasons there isn’t a Segway dealer in every town. But as a prototype, the U3-X proves a technical concept which could see use in many future products, including those that help people with mobility issues.