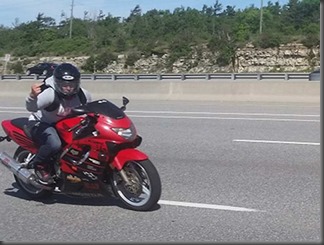 It’s not known what happened to the motorist who, clearly ignoring the hands-free laws, snapped the picture that led to the arrest.