Some of you old-timers may remember when I posted about the big blow we had back in 2012.

Well there were four large pine trees that survived that storm but which were making me increasingly nervous with their proximity to the house. No good could come from the potential energy stored in a 100’ tree when applied to the roof of a house. And as subsequent wind storms snapped large branches off and bent the trees to near-breaking (in my opinion) stresses, I realised it was time for them to go.

And today was the day.

With a local arborist doing the heavy lifting (i.e. climbing) while I pulled on the end of a rope to control the direction of the fall we managed to get them all on the ground in three hours. Two  were already showing signs of rot in the core, so it was time. 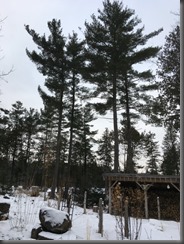 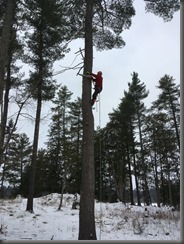 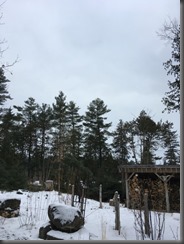 It feels good to have one less thing to worry about, except now I have to clean up the mess. I expect any further project work in the garage will be delayed for a few days.