I don’t know why but I particularly like old engines. There’s something honest about  machinery built in the days when brute force ruled. Need more power? Put a bigger cast iron piston in a bigger cast iron cylinder in a bigger cast iron block. Voila – more power! Frame flex? Weld on another crossbar.
They were manly (sorry ladies) machines compared to the high-revving, thimble-size pistoned, advanced metals, plastic reinforced, carbon-fibered engines of today. I can see the crusty old mechanic now looking at examples of each, pointing to the ancient behemoth and proclaiming loudly, “Now that there’s a motor!”
Probably also has a lot to do with why I have a passion for Harleys – they still design their motorcycles around the engine as opposed to vice versa which appears to be the norm for most modern Japanese and European bikes. (The mid-70’s Norton Commando was an exception to this rule.)
Anyway whether it’s an old steamer or a hit and miss gas engine I enjoy looking at them, listening to them run, admiring the craftsmanship that put them together in those pre-robotic assembly days, and trying to absorb some of the passion of the collector who keeps them maintained and running all these decades later.  (This is, of course, much to the missus’ chagrin as she looks at an old engine and sees a boat anchor. Or would if she fished, but she doesn’t appreciate that either. So old engine and machine viewing, in its many guises, is a solo activity I’m afraid.)
So the summer fairs, tractor pulls and various other country summer events are a major draw because you can be sure that somewhere “Clem-from-down-the-road-a-ways” will be showing off his grandfather’s 1932 International Harvester along with whatever else he rescued from the back of the barn.
And then every so often a really unique event comes along for those of us who enjoy old machinery. This year it’s the Cannonball Run.
On September 10, up to 70 motorcyclists will depart Kitty Hawk North Carolina on a 16-day ride to the west coast, arriving September 26 at Santa Monica California. At least they hope to arrive since the bikes they will be riding are all pre-1916 vintage. That’s right, 100-year-old motorcycles on a 3300 mile cross country trip. Registered machines include Harley-Davidson, Excelsior, Flying Merkel, Sears, Thor, Indian, Triumph, and others never heard of outside the arcane world of the pre-historic motorcycling fraternity. And I expect there may be an ancient “character” or two among the riders as well.
That’s why I’m currently contemplating my own 2000 mile trip to see these amazing machines and their brave (foolhardy?) riders as they leave Kitty Hawk for what will certainly be the adventure of a lifetime. And if you can meet them at one of the staging points during the trip I’m sure they’d appreciate the support. In turn you will have a brush with living history and a great time surrounded by the sights and sounds of a distant motoring past. 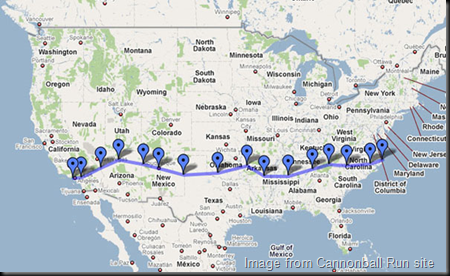