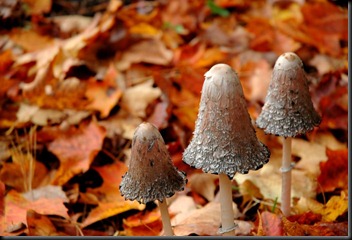 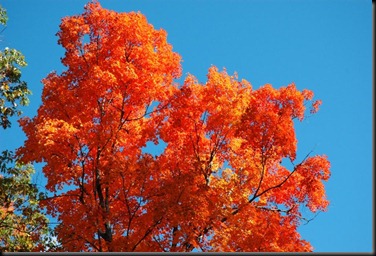 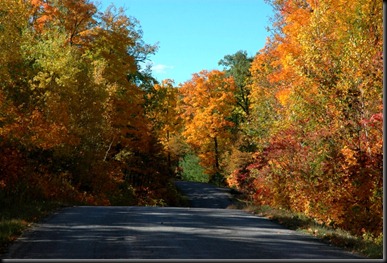 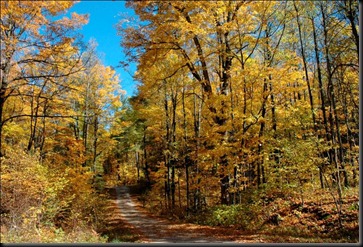 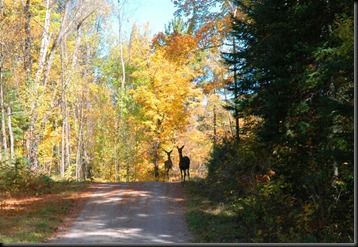 complete with doe and fawn as welcoming committee.
And barring an amazing turn in the weather over the next couple of weeks, that’s going to be just about it for this year, so I might as well give her some fresh oil and cover her up with her winter blankie. Perhaps that’s a job for tomorrow as the cold and rain is expected to continue for a few more days at least.