Yesterday I received a box of books previously owned by a WW II veteran who died earlier this year. An avid reader of military history he had accumulated quite a collection over the years, many of which meshed with my own interests, specifically the stories of the men and women of The Great War. Students of military history can argue over the tactics and strategies of war, but in the end the stories that resonate, that stay with us, are those of the people who lived, loved, fought, and died in the trenches.
The second decade of the 20th century was a different time, a time where 17 and 18-year-olds weren’t consumed with playing at war through increasingly violent video games but were actively embroiled in a deadly cauldron of brutality none of us can imagine. Those that survived  didn’t come home to psychiatrists, psychologists, and trauma councillors, but to families decimated by the loss of loved ones and a war-weary country that had just lost the better part of a generation. Most held the horrors they experienced to themselves, burying them deep knowing, and rightly so, that we would never be able to understand. Still they went on and farmed, worked, married, and raised their families. They were our grandparents and great-grandparents and, compared to the stereotypical self-indulgent youth of today, made of sterner stuff.
Historians claim that Canada’s future was forged in the crucible called Vimy. That may be so but it was only part of it. With nearly 10% of the population in uniform, and nearly 3% of the total population of the country killed or wounded between 1914 and 1918, the impact on the psyche of the nation cannot be denied, even to this day nearly a century later.
And so it is with those thoughts in mind that I shall remember all veterans as we come up to another Remembrance Day - John as I read his books, my father and grandfather, aunts and uncles, and the hundreds of thousands of other men and women who have, over the years, fought for this country. Some made the ultimate sacrifice; others survived only to live with physical and psychological scars that affected their quality of life forever. All gave up more than we will ever know.
They all deserve our undying gratitude and respect, not only once a year but every day. Thank you. 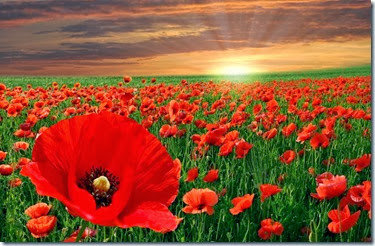