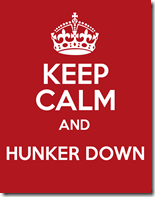 The sun is losing its edge, no longer sitting so high in the sky. Its weakening power is seen in shorter days and sharply slanted rays – even at midday. The dark comes at 4PM now, a full five hours sooner than just a few short months ago. And mornings arrive with ice on the pond, frost on the cars’ windshields, and perhaps a sprinkling of snow on the ground. The feel of winter is constantly in the air.
We live in hope of that occasional, spectacular autumn day when the inexorable movement of the seasons seems to reverse itself, even if only for a few hours so we can have one more ride. But the odds are increasingly stacked against that happening as we move into late November.
I managed to use the one nice day last week (nice being above zero, not raining, and not too windy) to give my bike its final bath of the season. But even that was just a lick and a promise (as me dear old mam used to say), enough to get the bugs and mud off, little more.
It’s now tucked away in the garage, battery charger connected and fuel stabilizer in place. There are a few maintenance tasks to be done but I think I’ll wait with those until the depths of January/February when my need for a motorcycle fix of any sort will be at its highest. Spring will, by then, at least be visible on the distant horizon.
Meanwhile we hunker down to wait, dreaming of warmer days and envying our friends in warmer climes. Try not to brag too much please.