We hear about true believers in many contexts. Faith and politics are the two most common but there’s a third, and that’s technology.

The younger generation(s), those who Gerry Seinfeld once described as “our replacements”, have an inordinate (and unhealthy, in my opinion) belief in the infallibility of electronics. Not unlike the serfs of medieval times for whom the minutiae of daily life was controlled by the local priest, these young people are well and truly lost without an electronic device to provide guidance. And, like the serfs of yore, they rarely question or challenge their modern oracles.

We frequently read (on-line, of course) about drivers who follow their GPS into a swamp, or down a one-way street, the wrong way.

And we’ve all, at one time or another, been confronted by a cashier who is unable to do the most basic of math processes – providing change – when their cash system isn’t working for some reason. 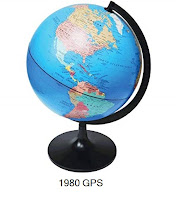 Now, I love technology. I have worked with and on computers since 1966. I’ve owned personal computers since 1980. And if I’m not an early adopter I’ll at least be in the second wave of any new technology. But, really? This unquestioning faith in computers and the infallibility of the designers and programmers behind the scenes baffles me.

What brings this to mind is a recent discussion I had concerning a driver who couldn’t find their destination even though they had a GPS in their car. It seems that the default on the GPS unit was set to the shortest distance, which was via a road that was not maintained during the winter. So when Trixie (or whatever pet name the GPS was assigned) said “turn left” the driver, seeing nothing but a 6-foot high snow bank, continued on straight only to then hear the dreaded “recalculating” and instructions to make a u-turn. Only to be confronted with the same snow bank, on the other side now. It was a classic you-can’t-get-there-from-here scenario, resolved finally by a phone call (via cell phone, of course).

Fortunately someone was there to answer, otherwise the driver would never have known that there was another entrance a bit further along that was kept open during the winter. It just wasn’t Trixie’s preferred shortest route. And, unlike a human, she was not programmed to look at a physical map and work out an alternate route.

All of which is to say, when the zombie apocalypse happens we’ll have nothing to fear if we just hand out paper maps, because they’ll all blow their tiny minds trying to figure out where they are. 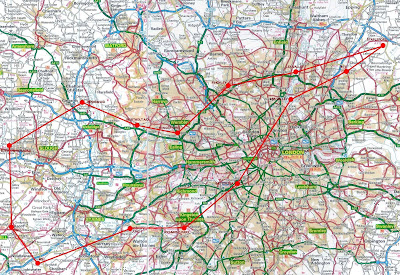