As anyone who has travelled in parts of Canada more than a hundred miles north of the US-Canada border can attest, the vast majority of those roads are not paved. So while I don’t know how accurate that statistic is, it wouldn’t surprise me if the real figures were pretty close.

Now living close to the capital  and in that narrow strip of Canada that’s most heavily populated, most of our roads here are paved. But even at that I can probably find 300 or 400 miles of gravel roads all within an hour of home. In fact one starts right at my back door. 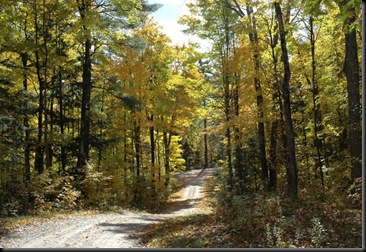 And while I love my Dyna, the one thing a 700-pound Harley is not is a dirt bike.

All of which is to say that I’ve been looking for a dual-purpose bike to play in the gravel with, that can get muddy up to the handlebars and stay that way, that can get get dropped on the road, picked up, and ridden off without worrying about scratching the chrome. My ideal bike would be a 500 or 600 cc single, heavy enough not to get blown all over the highway but not so heavy it’s hard to handle, and cheap! Actually truth be told, cheap is probably the number one consideration. 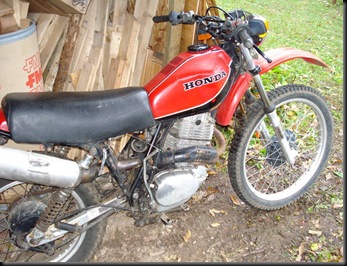 While it isn’t much to look at the owner says it runs well but “it smokes a bit when you start it up”. But I figure if the power train is reasonably sound other than needing rings and perhaps a top end job, the rest is just cosmetics that can be fixed over time as replacement parts can be found. 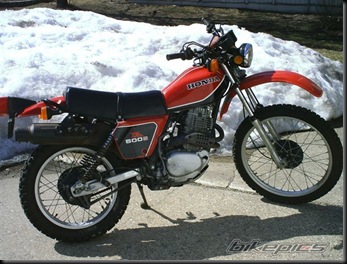 - but it could turn out to be an interesting project and a fun play bike.  I’m going to check it out this weekend so perhaps by Monday the stable will contain one more toy. Just what I need – one more thing to fix!