To anyone familiar with the Second World War the name Dresden conjures up images of the almost total destruction of the medieval city. On February 13 and 14, 1945 a massive Allied firebombing attack reduced the city centre to ruins and killed tens of thousands of civilians. 70 years later, the justification for that raid remains hotly debated.
One of the casualties of that attack was the Frauenkirche, a beautiful Baroque church built in the early 1700s. After the war the church remained little more than a pile of rubble until the fall of the GDR and the reunification of Germany in 1990. Then reconstruction efforts took off and the church was rebuilt with money raised internationally, including major contributions from those same Allied countries that caused its initial destruction. All told the reconstruction efforts cost €180 million (about $270 million) and took 12 years, completed in 2005.
I had read about the firebombing of Dresden and the reconstruction of the city and the church. It’s an amazing story of death, destruction, reconstruction, and rebirth, so when the opportunity presented itself on this trip I just had to see for myself.
I was not disappointed. The day we spent in Dresden was one of the highlights of the trip.
But first, to set the scene, this is what central Dresden looked like 70 years ago. 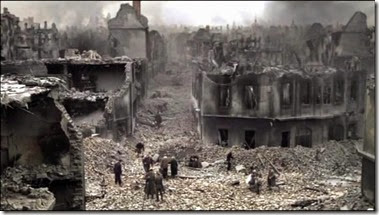 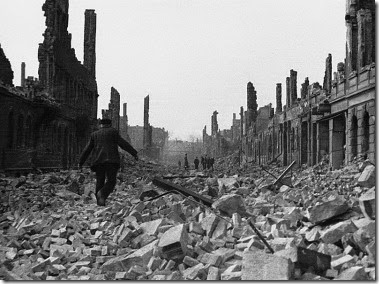 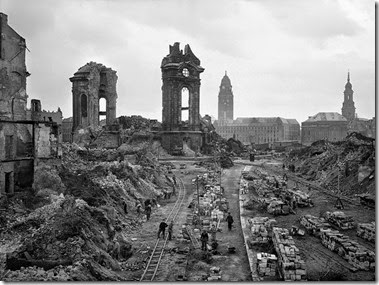 Two towers to the left are all that remained standing of the Frauenkirche.
(Photos from the Internet)
Today Dresden is a modern, dynamic city and a cultural and educational center. It is still undergoing a lot of reconstruction as much was left undone under Communist rule, but the downtown area especially is beautifully restored. 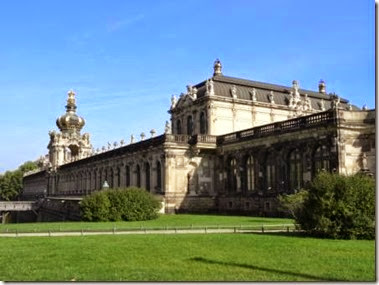 The Zwinger dates back to the early 1700’s when it was built as a palace. Totally destroyed, it was reconstructed under the Soviet military administration after the war. 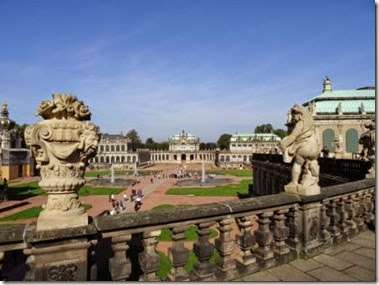 Inner courtyard of the Zwinger. It’s a huge space. 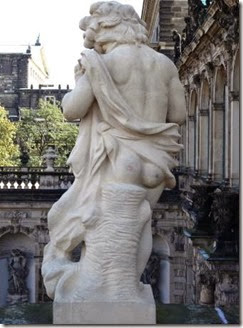 Hard to see but that’s a lipstick kiss on the Cherub’s butt. 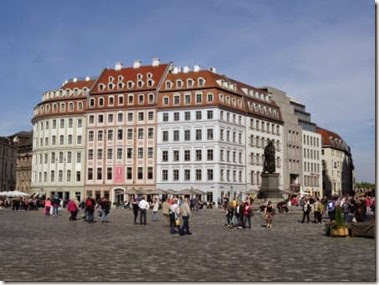 Large public square in the center of town with lots of cafes and eateries lining the square and adjoining side streets. Martin Luther holds a place of honour. 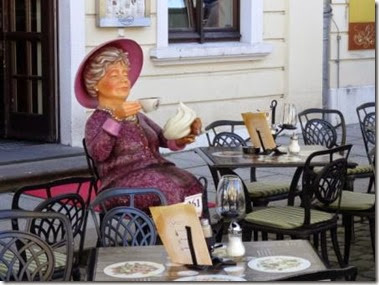 Taking afternoon tea in one of the cafes. 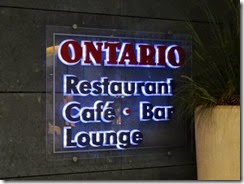 We were going to eat here but €15 for a hamburger was a bit pricey. Still, it was packed! 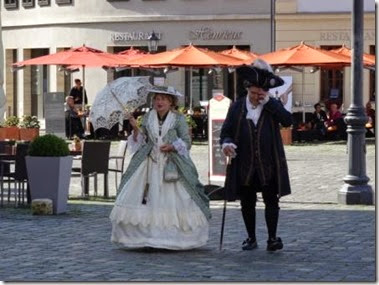 Just out taking some air. Saw several groups in period costumes. Not sure why. 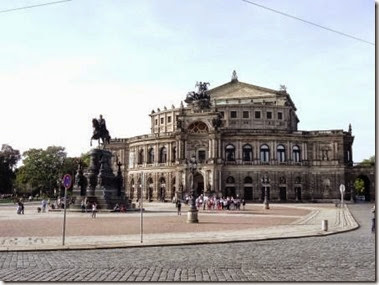 The rebuilt Opera House. Unfortunately it was closed to the public as were many of the old buildings. 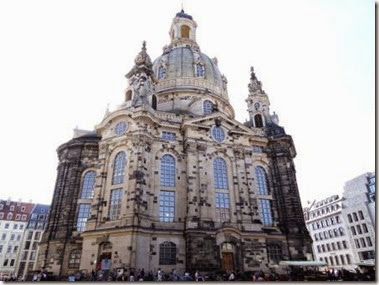 Saving the best for last – the rebuilt Frauenkirche. Dark stones are stones they were able to recover from the ruins and reuse back in their original locations. Note the two dark towers; these were the two towers left mostly standing. 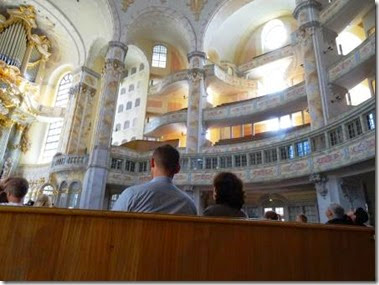 Inside was simply beautiful. 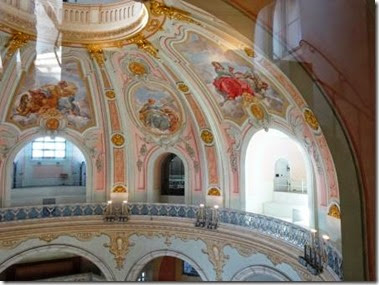 Art work on the inner dome. 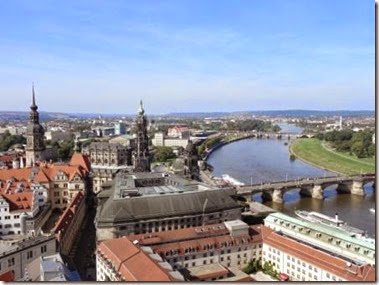 View from the Frauenkirche dome looking along the Elbe.
I would have liked to spend more than a day there but our schedule was such that wasn’t possible. But I am certainly happy that we included Dresden in our itinerary.
(If you’re interested in knowing more the book Dresden by Frederick Taylor gives a largely unbiased history of Dresden and the events leading up to and during the bombing in February 1945. Also, Kurt Vonnegut’s Slaughterhouse Five is partially based on his experience as a POW in Dresden during the firebomb attack.)