It’s a Small World … in Hamburg

Anyone who has ever been to any of the Disney properties has, no doubt, the ‘It’s a Small World’ theme song forever embedded in their brain. (And I’ll apologize right now for invoking an earworm that will take you days to remove.)
From Paris we drove to Hannover, Germany and spent some time with distant relatives there. But I couldn’t wait to get to Hamburg to cross off another bucket list item.
I had first heard of Miniature Wonderland (or Miniatur Wunderland in local speak) several years ago through one of those gotta-check-this-out email blasts. It seemed these 2 guys had built a model railroad layout that was so big it occupied the better part of an old warehouse in Hamburg. Model railroading is not a hobby that I ever pursued other than having a childhood train on an oval track (Who didn’t back then?), but it was always lurking just below the surface. So right then and there I decided I wanted to see it some day, and this was the day.
With no address other than Hamburg, a Mapquest search provided all the info I needed to drive there from Luneburg, where we were staying. Except it turned out that “there” was a shopping center, miles kilometers from the correct location. Fortunately it contained a travel office with a very helpful agent who directed us to the right U-Bahn (subway line) to get there, advising that would be easier than trying to drive. A few stops later we arrived, this time at the right spot, on the harbour front, beside the Hamburg Dungeon (which we did not visit). 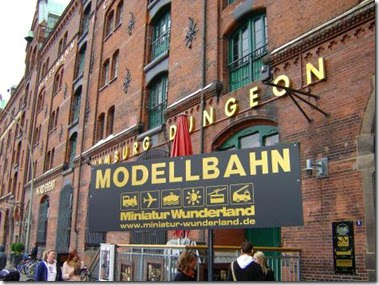 Started in 2000 the Miniatur Wunderland layout now occupies 13,000 square metres (140,000 square feet) of space over 3 floors. There are 8 themed worlds, 930 trains running, 1270 signals, 215,000 figures, 330,000 lights. You get the idea – it’s big and elaborate and very popular.
The whole thing is run by 46 computers out of a control centre that looks like a space launch is underway. An estimate of the construction time to date is 580,000 hours and they are not finished. Plans are in place to almost double the floor space with 4 new themed worlds being added in the next couple of years.
One of the most recent additions was the model airport. Knuffingen Airport took 6 years and about $5 million to build. It has to be seen in action, so here’s a short video.
The entire display goes through a night-day-night cycle every hour or so, so some of the photos are ‘night-time’ shots and others are taken during the ‘day’. The level of detail is unbelievable and there are little gems here and there that the very observant viewer might find, but that most people would miss. I only found two of probably dozens in the various tableaus.
So here, to whet your appetite, are some Miniatur Wunderland scenes. 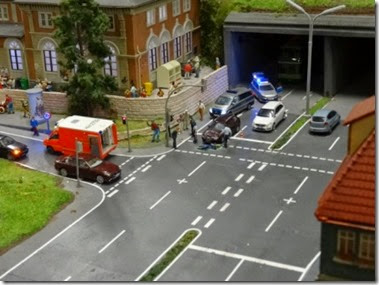 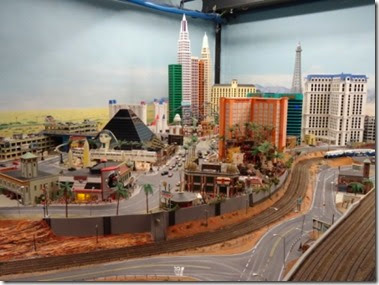 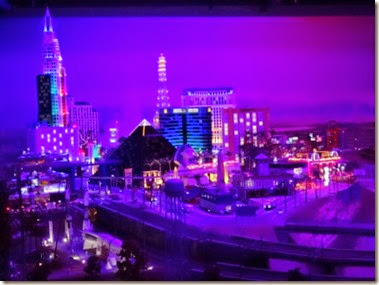 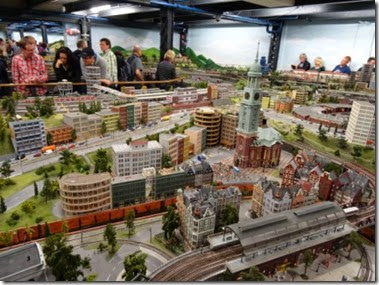 One of many cityscapes. This is a detailed copy of an area of Hamburg. 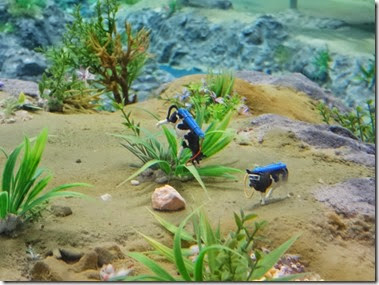 Scuba diving cows. One of the little hidden jokes. 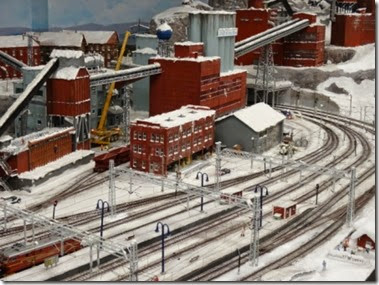 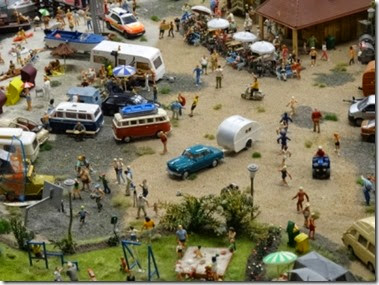 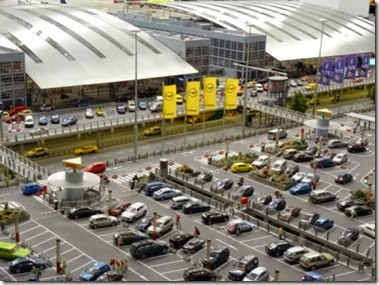 Parking lot at the airport. 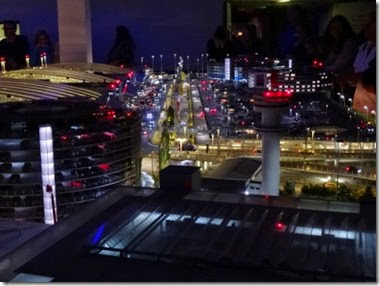 Approaching the airport at night. 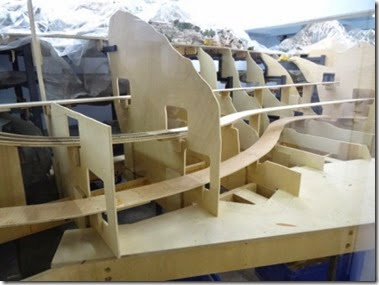 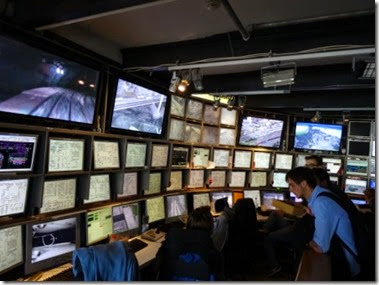 Finally, the control centre from where everything is run.